Lute Olson is a Cyborg and other bombshells uncovered in dumpster

Share All sharing options for: Lute Olson is a Cyborg and other bombshells uncovered in dumpster 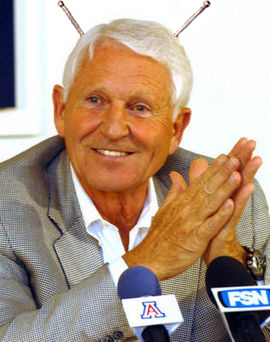 How could we have been so blind?

(AP) IOWA CITY — The University of Iowa athletic department has remained remarkably tight-lipped after the discovery of a controversial set of documents.

The papers - containing 144 individual documents - were found by Iowa City sanitation workers in a dumpster outside of Carver Hawkeye Arena.

The workers were emptying the receptacle when the papers fell out of a cardboard box and scattered across the ground.

Each sheet of paper was emblazoned with the official Iowa athletic department letterhead and a quick glance by the workers revealed a startling message.

"I picked up one of the sheets and looked at the top and noticed the Hawkeye logo, so I decided to take a peek at what it said," sanitation worker Frank Pitman said. "The first words I read were ‘The University of Iowa has learned that departing head coach Lute Olson is a cyborg.'"

The yellowing paper, sure enough, announced Olson as a mix of man and machine and also stated that the oil needed to keep him in peak condition was easier found in Arizona, thus his departure from the program. The document was dated June 19, 1983.

"I'm sure my eyes got incredibly wide and I yelled over to my partner - ‘what does that paper say?'" Pitman said. "He told me that Shonn Greene once saved a four year old girl and her puppy from a burning building."

That piece of paper was dated November 16, 2008 as Greene was wrapping up his record-breaking regular season for the Hawkeye football team.

In awe, the pair of workers gathered up the remaining documents. Every single one seemingly being a press release which was not released by the athletic department.

With everything picked up, Pitman and fellow worker Jason Mayville searched for the source of the papers.

The duo found a cardboard box, tipped over on its side. The words "Phil Haddy" were written on its side in black marker, but were scribbled over.

A fact that the athletic department has succinctly refuted.

"We know of no Phil Haddy and have no comment on the documents found in the box he was packing things in," the department said in a press release late Friday afternoon, five days after the Iowa City Press Citizen released its first story.

The release is highly questionable since Haddy is about to finish a two-year phased retirement after he spent the previous 39 years with the Iowa Sports Information Office, 18 of which were spent as the University's Sports Information Director.

The documents seem to match Haddy's tenure at the school.

The earliest press release was dated in 1973 and stated that the Iowa football team was voted the best winless team of all-time after that year's squad finished 0-11 under Frank Lauterbur.

The newest press release was slated for April and included a respectful turndown of a proposed Nike Pro-Combat uniform that highlighted Iowa's ties with agriculture.

Among the more dubious releases found among the documents include: 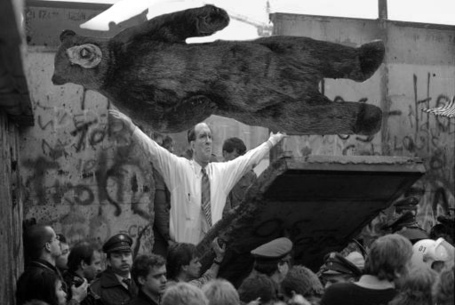 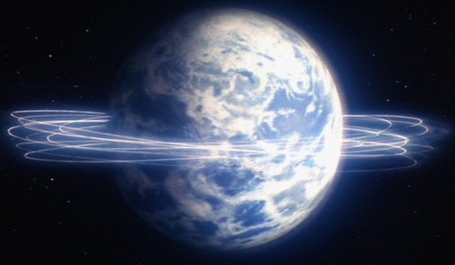 Haddy was unavailable for comment, but a press release announcing his existence is expected on Friday.