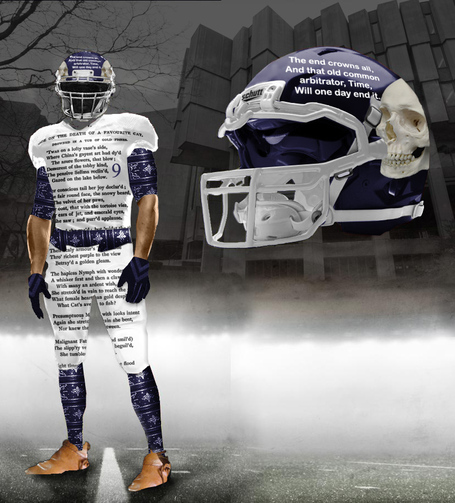 Study for class or go to the game? Go to the game or study for class? It''s been an age-old dilemma for students in Evanston, but this fall they won't have to choose, thanks to a collaboration between Nike and the school's English department. The team will debut a new line of home uniforms that double as the complete reading list for English 101-6, "Forms of Grief: Exploring the Literature of Loss." Each player on the Wildcat squad will carry on his jersey and pants either a poem, short story or non-fiction excerpt assigned for the course.

"When I consulted The Internet for information on the typical Northwestern fan, I found myself directed again and again to one particularly studious young man, reading during a basketball game," said Nike head designer Christopher Polyblend. "I thought to myself, 'such a shame, not to be able to study John Shurna's game and Nathanael West's prose at the same time, especially when Shurna's shooting form and West's perspective on the American dream are both so perverse.' That's when the obvious solution hit me: readable uniforms, or as the course instructor prefers to term them, wearable books." 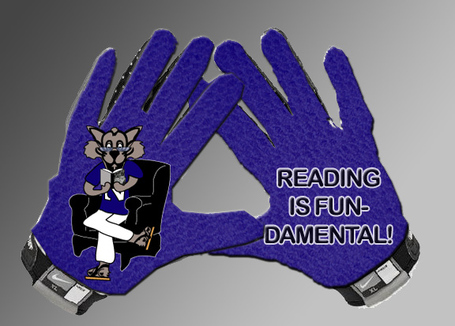 The gloves that accompany the uniform feature Willie the Wildcat and offer a message that is as relevant to students as it is to Northwestern wide receivers.

Students in the class will be required to purchase Northwestern season tickets as part of the class materials list, but will save significantly due to the lack of required textbooks. Longer texts, such as James Joyce's The Dead and Alfred Tennyson's In Memoriam, will be helpfully assigned in sequence to the offensive and defensive lines, respectively, allowing for continuous reading.

"I could tell just watching games that many students must have been forced to abandon their seats in order to spend more time hitting the books," said Polyblend. "To bring those scholars back into the fold, we have done everything in our power to make Ryan Field just as welcoming as any alcove or coffee house." Following the advice of the school's academic advising center, the Northwestern Athletic Department has agreed to several steps to make the stadium more student-friendly: transitioning the stadium from its current designation as a minimal clapping zone to a strict no-clapping zone, switching the lights used during night games from the traditional 1500 watt bulbs to more eye-friendly 60 watt bulbs, and providing free coffee and tutors on every aisle of the student section.

"Let's face it," said Polyblend. "It's like pulling teeth to get these kids to come to the games, but we have found one thing that will motivate them to do most anything: the chance for easy course credit. Truly, it is their god, their drug, their bliss. And maybe we can transfer some of that enthusiasm over to football." 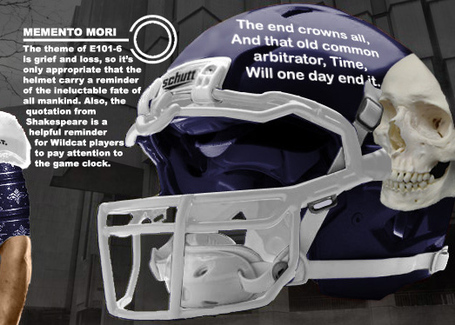 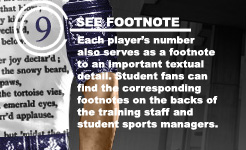 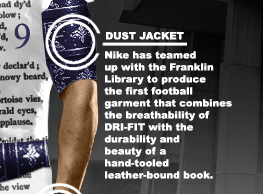 FORMS OF GRIEF: EXPLORING THE LITERATURE OF LOSS

BRIEF DESCRIPTION: In his famous elegy, In Memoriam, Alfred Tennyson questions the efficacy of attempting to put his grief into words, but later insists that, "for the unquiet heart and brain, / A use in measured language lies; / The sad mechanic exercise, / Like dull narcotics, numbing pain." Likewise, Vince Lombardi once remarked: "We didn't lose the game; we just ran out of time." Reading across time periods and genres, this course will examine representations of death, dying, and mourning in order to interrogate "the use [of] measured language" in the face of the universal experiences of loss and grief, specifically as it refers to dealing with heart-breaking losses by the Northwestern football team. How did fans deal with the historic stretch of ineptitude prior to the Barnett era? Is the pain of losing more intense now that the team has improved, or less? And how does the phenomenon of sports blogging represent a new form of public mourning in the digital age?

NUMBER OF WRITING ASSIGNMENTS AND THEIR LENGTHS: Students will write three 3-4 page paper and four 5-7 page papers (one paper per loss - workload may differ by +/- one paper).