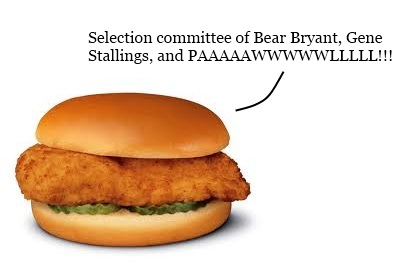 You might remember how we kind of dismissed Chick-Fil-A as completely overrated and thoroughly mediocre a couple of weeks ago. Many took umbrage, but none did so with the class and charm of Senator Blutarsky, proprietor of Get the Picture, keeper of the Mumme Poll, and fan of all things Georgia Bulldog. It was an issue that needed resolution, so Blutarsky joined us for the Season Four premiere of Black Heart Gold Podcast. There's some playoff stuff here, too, because he's probably written more on the issue than anyone.

Listen below or subscribe on iTunes to get it early.