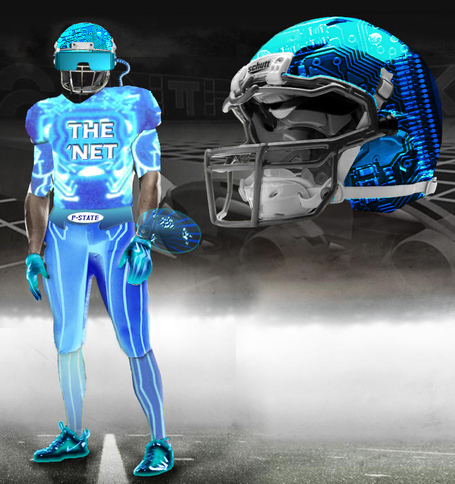 No school embraces tradition in their appearance like Penn State: for over six decades, the team has worn the same white and blue striped helmet and unadorned uniforms. But this fall, all that will be changing, thanks to a collaboration with Nike. The school will be brought kicking and screaming into the recent past via a hyperfuturistic uniform redesign and rebranding.

"I know, I know, we already designed some Pro Combat uniforms for Penn State," said head designer Christopher Polyblend. "But pressure has come down from on high to go back to the drawing board. The athletic department, the university, and the university's lawyers, feel strongly that the football team needs to make a clean break with the past, and these uniforms will most definitely do that."

The new uniforms feature several never-before-seen features, such as a computerized heads-up display, hologram-based wrist playbook, and sweat-powered electro-luminescent striping (see infographic). The most noticeable change, however, will come in the form of new colors and a new mascot. Dark blue and white will be replaced by electric blue, and the team formerly known as the Nittany Lions will be now known simply as "The 'Net". 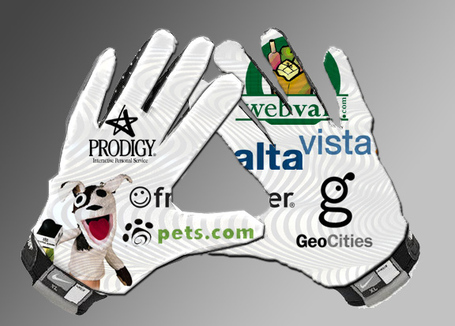 The new uniforms are sponsored by several cutting-edge internet companies.

"We thought about bringing Penn State fully to the present day, but decided that the shock would be too great for the fans, and so we have brought the uniforms up to 1991 instead," said Polyblend. "The bright cyan colors, the singular nickname, and the fascination with all things internet-related were state of the art in that era. Think of the Charlotte Hornets, San Jose Sharks, Miami Heat, Orlando Magic, the Sandra Bullock movie The Net, etc. We are bringing the hopelessly nostalgic Penn State fan base as far into the future as we believe we can without causing cerebral hemorrhaging." 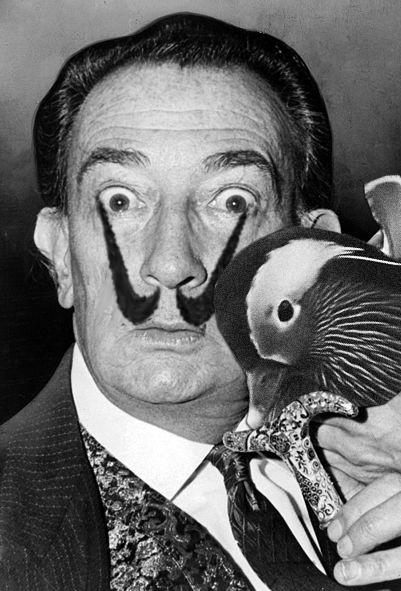 Bill O'Bren has promised to cooperate with the new uniform designs by installing the run-and-shoot offense of the Warren Moon-era Houston Oilers. "It may be a bit of a shock to the system, but if we can jolt the fan base at least into the Clinton administration, we'll all be a lot better off."

The reaction of former 'Net players has been somewhat mixed. Franco Harris punched a hole in his own head at first sight of the new design, while Matt Millen tore off his own mustache in a blind rage. Meanwhile there is no sign of a stop to the rioting and armed insurrection that has overtaken State College in the days since the uniforms were first announced.

"All we ask is that the uniforms go back to the way they were," said the masked rebel leader known only as Linebacker U Thant. "Then we will gladly put down our arms and release those National Guardsmen." The U.S. army is currently considering countermeasures to put down the revolt, the first ever incited by a football uniform change. 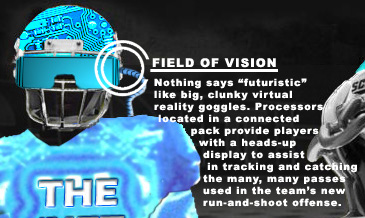