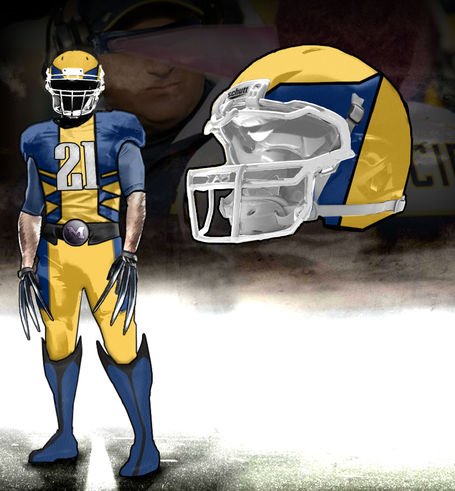 Nike head designer Christopher Polyblend was mystified: why hadn't the University of Michigan football team ever developed a uniform that referred to its namesake Logan -- a.k.a. "Wolverine" -- from the X-Men series of comic books and films. "It just made no sense to me: you name your team after this iconic figure of comic book lore and then you do nothing to reflect his distinctive style in your apparel. I mean, I guess that helmet kind of looked like his cowl, but you really had to squint."

"At least they got the colors mostly right."

Polyblend set out to remedy the situation with his new Pro Combat design for 2012, adding several elements from the brooding be-sideburned superhero to Michigan's traditional maize and blue uniforms.

"This is more the Wolverine of Dave Cockrum's Giant-Size X-Men #1 rather than of the recent Hugh Jackman movies," elaborated Polyblend. "I figured that's when the school must have adopted the mascot -- I mean, how could they have come up with that name before the character first appeared in the 1970s? -- so I thought I'd stick with the design from that era. Although trust me, I'm a fan of Logan from any era." 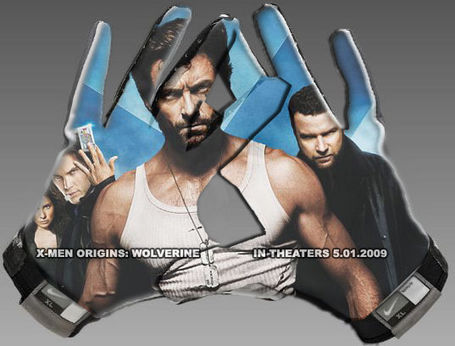 The uniform most prominently departs from traditional uniform design (and NCAA rules) in its inclusion of giant adamantium claws and knee-high leather cleats (see infographic). "The bureaucrats in Indianapolis won't like it, but I cannot sacrifice my vision for some philistine notions of 'safety' or 'fairness'", said Polyblend.

When reached for comment, Ohio State head coach Urban Meyer expressed outrage at the new uniforms. "So, these Wolverines want to play rough?!?", Meyer said as he stalked angrily around his multimillion dollar football lair. "Well two can play at that game. Our uniforms will have claws, too, and more -- they'll have giant teeth on the helmets that are as sharp as knives or swords or some other sharp implement!! We'll send poor Logan [presumably Michigan assistant video coordinator Jeffrey Logan] back to Ann Arbor in tatters!!!" Meyer then struck a nearby locker, producing a loud ¡klong! noise, and stroked his newly-grown luxuriant sideburns. 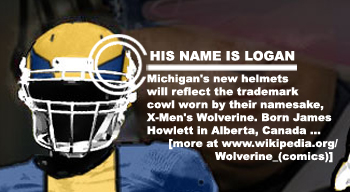 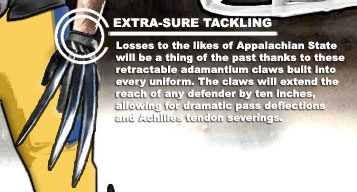 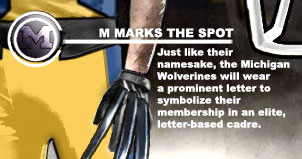