James Vandenberg Killed a Bear This Weekend. What Did You Do?

Share All sharing options for: James Vandenberg Killed a Bear This Weekend. What Did You Do?

Ah, Memorial Day weekend. The unofficial start of summer. Three days to catch up on yard work, fire up the grill, kill a bear, maybe play some golf, build that treehouse that your kids have been --

Yes, that's right. While you were slow roasting brisket and working on your tan, Iowa starting quarterback James Vandenberg was killing a bear with a bow and arrow. 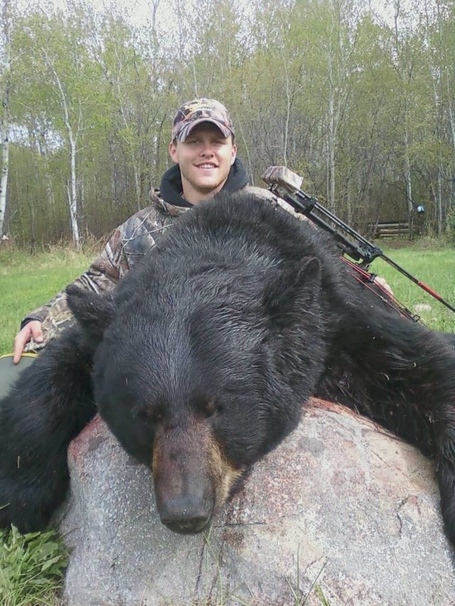 The photo comes courtesy of @mbenson6* and Hawkeye Lounge commenter jon_cocktoasten**, and yes, that is James Vandenberg with a bear he killed with a pointy stick, a curvy stick, and a really tight piece of twine. Vandenberg is an avid outdoorsman and had previously mentioned he was going to spend the few weeks between finals and the beginning of summer workouts going bear hunting. Presumably, Ken O'Keefe took the picture.

Ricky Stanzi did "Love it or leave it" and got an awesome tattoo and could have probably made a cameo appearance in a K-pop video, but James Vandenberg KILLED A BEAR WITH A BOW AND ARROW LIKE HE WAS IN DANCES WITH WOLVES. Vandenberg's ability to lead this team to ten wins is still in question, but with this, his ability to win the internet is no longer in doubt.

* Two hundred people immediately tweeted a version of the "Can't believe the arrow didn't bounce in front of the bear" joke.

** Only at Hawkeye Lounge could someone post something this awesome and have the next three posts call for his immediate banning.