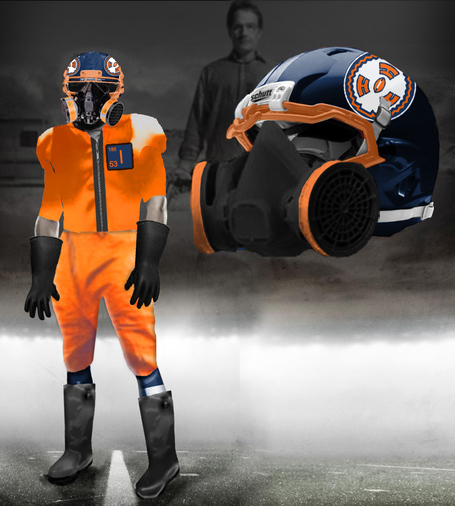 Methamphetamine: a drug that is spreading like wildfire across Big Ten country, a drug that addicts countless individuals, destroying their minds, bodies and souls, and, hopefully, a drug that will hopefully be causing a little less destruction in Illinois next year thanks to an awareness-raising new uniform by Nike.

"Seriously, it's as if they have no respect for the chemistry at all."

The new uniforms will demonstrate good lab safety habits to the thousands of meth producers, or "cooks", inevitably in the viewing audience during an Illinois game, said Polyblend. "The rubber gloves, the ventilation mask, the Haz-Mat suit: all of these things are necessary to protect from chemical burns, incapacitation and even death. It's a sad testament to the decline of science education in this country that more crank producers don't enforce proper safety protocols, but we hope to do our bit to change things for the better." 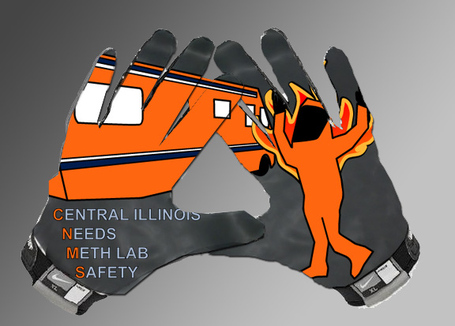 The Illini will be the first team in the nation to wear a uniform that is both a functional football garment and an OSHA-rated Level B Haz-Mat suit. Polyblend noted that mobile meth manufacture and college football have a great deal in common: "Both are incredibly dangerous, both are likely to lead to permanent disability, and both are waking up to the pressing need for better safety gear."

"Of course, meth manufacture is incredibly popular in central Illinois, so they're not entirely alike." 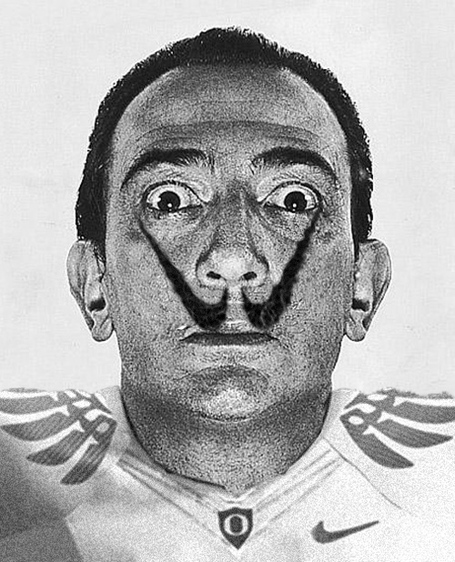 Polyblend was careful to point out, however, that Nike's endorsement of lab safety was not endorsement of drug use. "Let me be crystal clear: Nike does not and has never supported the production or use of methamphetamine. I can't say that clearly enough. Our hope is simply that fewer individuals are brought to emergency rooms with injuries from chemical mishaps, such as being exposed to phosphine gas when you try to muscle a high school chemistry teacher into giving away the primo ice he cooked up in his Winnebago. That kind of thing." 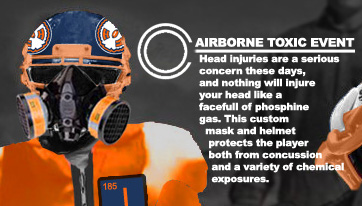 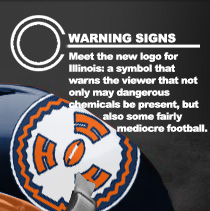 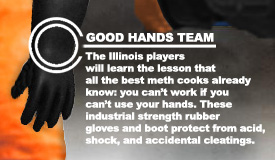