In this series we look back at a few of my entries in the Iowa Corn trophy contest that failed to make the cut.* Parts 1 and Parts 2 and Parts 3 and Parts 4 can be found here, or, you know, by scrolling down a bit.

*This did not actually happen.

Entry #5: A For Serious Entry 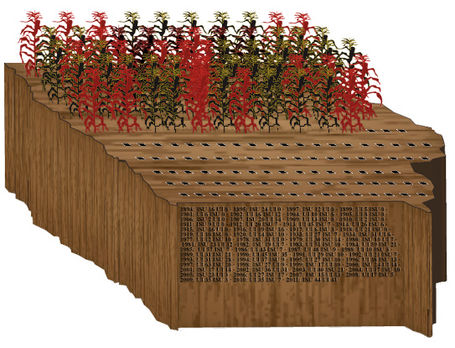 EXPLANATION: Okay, after a week of joking, I thought I would try to make a positive contribution to the process and present a serious idea I had. The basic concept is that each stalk of corn represents a victory in the Iowa - Iowa State series (red for ISU, black for Iowa). The scores for the games are listed on the front.

One more thing: it would need to be life-size. I suppose that could be a problem.

Alternately, you could give up the whole "corn=victory" concept and just make it look like a corn field: 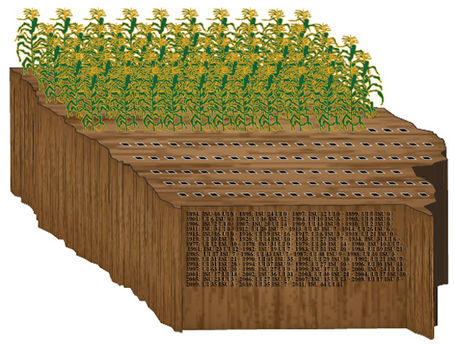 That looks more like a real corn field, but sacrifices the symbolic aspect, so I don't like that as much.

STATED REASON FOR REJECTION: Umm... this one is actually on me. There was some deadline long ago for the contest, and I just didn't get around to it. So it wasn't exactly rejected as just never entered.

So that's the end of the week of trophy-related graphical whimsy. Thanks for indulging me -- I know we were getting a little far afield from, you know, Hawkeye sports and stuff.