Dr. Bloodpunch: Or, How I Learned To Stop Worrying And Deflate The Bubble

Share All sharing options for: Dr. Bloodpunch: Or, How I Learned To Stop Worrying And Deflate The Bubble

So, Gary, how are you guys going to deflate bubble?

Are you going to open all the doors and let it gently deflate?

Well, yeah, that's something we could do...

IT DOESN'T MATTER WHAT YOU THINK, HARTY!

AND DON'T THINK I HAVEN'T HEARD ALL ABOUT YOUR LITTLE ATTEMPT TO DEFLATE THE BUBBLE.

YOU'RE LUCKY WE EVEN LET YOU WITHIN 50 FEET OF THE BUBBLE NOW.

BUT TO ANSWER YOUR QUESTION... we're going to deflate the Bubble with panache, you lickspittle.

We commissioned Josten's to make the world's largest novelty pin and we're gonna use that to pop the Bubble like a disgusting, pus-filled pimple.

Isn't that kind of... dangerous?

THIS INTERVIEW IS OVER! 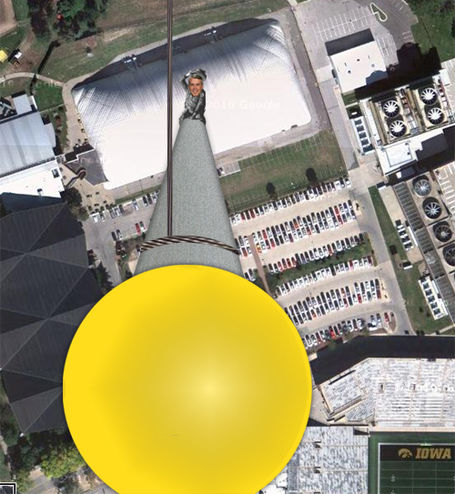 A mighty tip of the hat to Horace E. Cow, who came up with this wonderful image.

Horace also came up with image, which deserved to be shared: 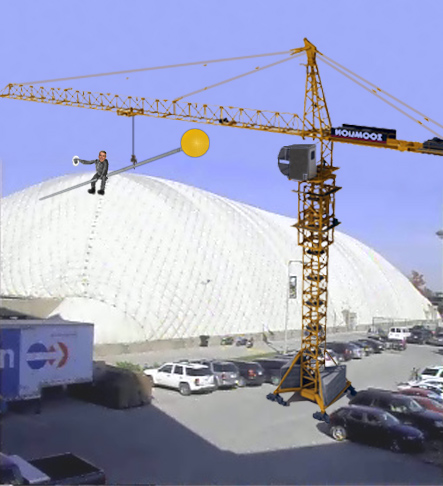 Farewell, Bubble! Iowa City won't be quite the same without your unique appearance looming over that part of campus.