In this series we look back at a few of my entries in the Iowa Corn trophy contest that failed to make the cut.* Parts 1 and Parts 2 and Parts 3 can be found here, or, you know, by scrolling down a bit.

*This did not actually happen. 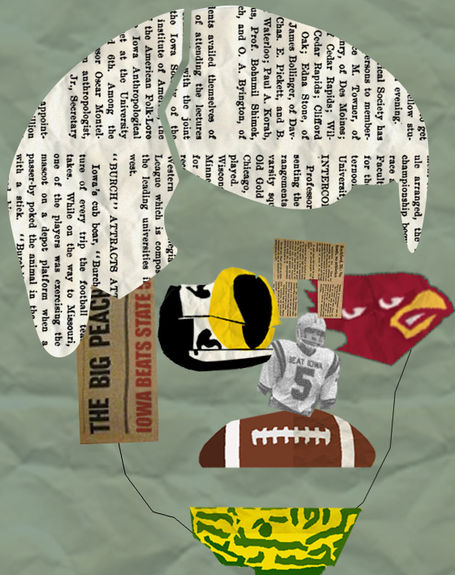 STATED REASON FOR REJECTION: "Apart from the fact that this is a collage and thus not really suitable as a traveling football trophy, there is the matter of Cy the Cyclone's face. We are clearly meant to be viewing Cy from the side, as in the official Iowa State logo: 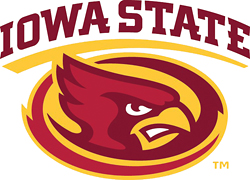 And yet we see BOTH OF CY'S EYES ON THE SAME SIDE OF HIS FACE. ON THE SAME DAMN SIDE OF HIS FACE!!! At Iowa Corn, we have a saying: we like our corn hybridized and our art depicted from a single point of view. To be honest, we haven't approved of anything in the art world since the First Impressionist Exhibition in 1874. Also, we do not believe for an instant that your collage is a representation of a generic football coach, but rather that your subject and numerous details in the piece display an obvious pro-Hawkeye bias. As evidence, see the remarkable resemblance of your design to the picture below:" 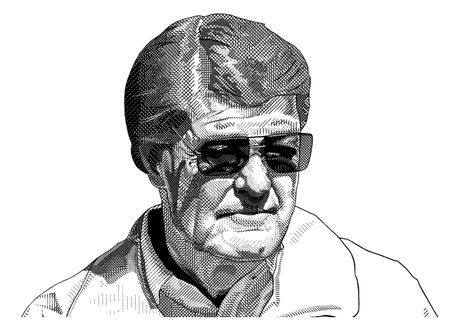 A FOR SERIOUS NOTE: I owe a debt to M.C. Ludwig, whose drawing of Hayden Fry I used as the basis for this collage. I encourage you to check out his website -- it's got a sweet illustration of Abdul Hodge on the home page, so you know he's cool!