As you may have heard, Iowa Corn has opened up the voting on the three finalists for the Cy-Hawk Series trophy, and while Ross hailed the vote as a victory for democracy, I, on the other hand, have come to the conclusion that democracy simply doesn't work. For, you see, a democracy is only as good as the candidates it produces, and this "maize-ocracy" has produced a crop of homogeneous, uninspiring candidates...

... while rejecting my numerous entries on a variety of shady pretexts.* Each day this week I will bring you an Iowa Corn trophy concept that was cruelly shut out of the voting process.**

* Not really
** This didn't actually happen 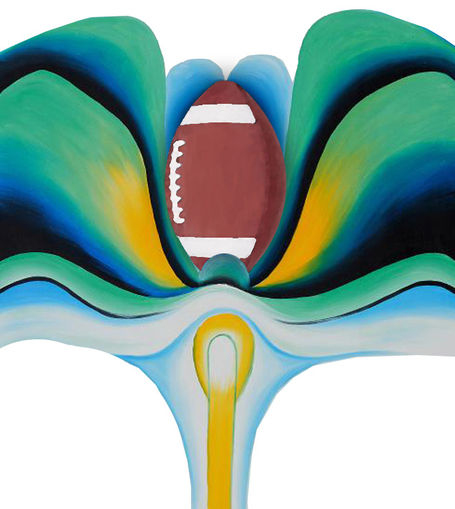 STATED REASON FOR REJECTION: "This concept, while intriguing, is not evocative enough of the concept of fertility and growth that Iowa Corn was looking for in their trophy. Also, there is no reference to the University of Iowa, Iowa State University, or Iowa Corn in the trophy. Also also, it appears to be a watercolor and thus difficult to be transformed into a trophy. Additionally, Ken O'Keefe is not dead. And, Georgia O'Keeffe spells her name differently."