Share All sharing options for: MARCHIFORNICATION 2012: THE WRAP UP 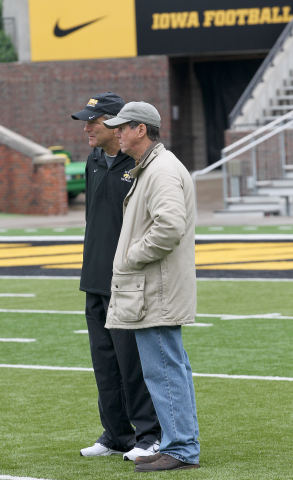 That's another Marchifornication in the books; if you missed the final results, click here.

Well, I guess that's that.

It was a grand finale, old friend. The horsemen rode again.

Thanks to you, we were able to avert nuclear holocaust football armageddon.

I just thank God I got here in time.

And we really showed those damn bWo punks who's the boss around here.

INDEED THIS WHOLE DAMN FRACAS REMINDS THE NORMSTER OF A SPAT FROM HIS CHILDHOOD DAYS. I WAS ON A TEAM CALLED THE JETS AND EVERYONE KNEW WE RAN SHIT IN THE NEIGHBORHOOD, EVERYONE EXCEPT THE OTHER LOCAL TEAM, THE GODDAMN SHARKS.

AND WE WERE FIXIN' TO HAVE A RUMBLE, ONLY MY GIRLFRIEND AT THE TIME SHOWED UP, THIS FINE FILLY NAMED MARIA WHO COULD DO THINGS WITH HER TONGUE THAT EVEN LEFT THE NORMSTER AT A LOSS FOR WORDS (NOT TO MENTION BODILY FLUIDS), AND ANYWAY IT TURNED OUT MARIA WAS ALSO A SHARK AND --

Uh, Norm, that's basically the plot of "West Side Story"...

DON'T THINK I DON'T KNOW IT! THAT GODDAMN SONDHEIM IS A PLAGIARIST SONOFABITCH!

You come at the king, you best not miss!

OH, TURKEY AIN'T SO BAD. ONE TIME THE OL' NORMSTER HAD KEISTERED SOME HORSE FOR A PAL -- THAT'S THE SORTA THING PALS DID FOR EACH OTHER BACK THEN, DRUG MULIN' WAS A WAY TO MAKE A FEW NICKELS AND HAVE A GOOD DAMN TIME -- AND ME AND A LADYFRIEND MADE A STOP AT A BATHHOUSE FOR A LITTLE CLEANING IF YOU KNOW WHAT I MEAN AND AFTER WE WORKED UP AN APPETITE I HAD A TURKISH TACO AND SHE HAD A TURKISH SNOW CONE AND MY LORD THE THINGS SHE COULD DO WITH HER TOES --

This ain't over, Billionaire Kirk! This ain't over by a longshot! You may have won the battle, but you ain't won the war! I'm just getting started here, man. My army, it's just gonna get bigger and bigger. We're gonna swallow you limpdick football jobbers whole.

Especially if you keep going to the Insight Bowl.

'Cause the H.M.S McCaffery has a date with destiny, Kirk, and that destiny is in the NCAA Tournament.

We're gettin' mad, Kirk! And nothing you can do is gonna stop us!

THAT REMINDS THE OL' NORMSTER OF A TIME WHEN I HAD A DATE WITH DESTINY, DESTINY BEING A LADY WHO WASN'T AFRAID TO WEAR WHIPPED CREAM EVENING CLOTHES. SHE CHARGED EXTRA FOR THAT, OF COURSE, AND SHE ONLY HAD ONE EYE, BUT OL' NORM DON'T JUDGE A GAL FOR THAT, NOT WHEN SHE MAKES SUCH A MEAN HOMEMADE WHIPPED CREAM --

So I guess this is it, Ken. This is goodbye.

Nope. I can't, Kirk. I have to go help the dolphins.

Is that before or after you shoot some ducks?

That coat... it's goddamn ridiculous, Kenny.

Hey! My wife says I look quite dashing in it. And we got quite the deal on it at the Burlington Coat Factory outlet...

Anyway, you can't bring me back -- you already hired my replacement. I see Greg over there. I'm sure he'll do a bang-up job.

Funny story there... he's not actually a permanent hire yet. We could go a different direction next year. We could go... sideways.

Don't you see, Ken? We could run an end around on this whole damn process!

No, Kirk. I couldn't do that to the dolphins. They're suffering too much. They need me.

PARTING IS SUCH SWEET SORROW

That's it? You're not going to launch into some crazy, rambling story?

WELL THERE WAS THE TIME WHEN I WAS SIXTEEN AND I HAD TO LEAVE THIS GIRL'S HOUSE IN THE DEAD OF NIGHT ON ACCOUNT OF HER FATHER FOUND ME IN HER BED WITH NO BRITCHES ON AND HE'D THREATENED TO SHOOT MY ASS FULLA BUCKSHOT THE LAST TIME HE'D FOUND OL' NORMSTER IN FLAGRANTE DELICIOSO WITH HIS DAUGHTER, BUT I DON'T KNOW AS I'D CALL THAT PART SO SWEET, ALTHOUGH THE PARTS BEFORE HE CAME BANGING DOWN THE DOOR HAD SURE BEEN SWEET AND --