MARCHIFORNICATION 2012, ROUND ONE: NORM vs. FRAN

Share All sharing options for: MARCHIFORNICATION 2012, ROUND ONE: NORM vs. FRAN 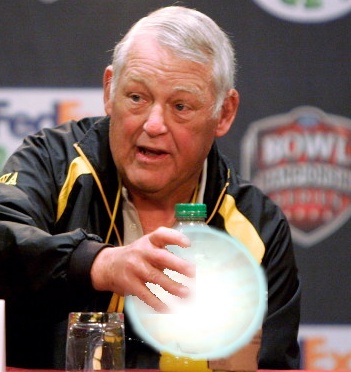 What he did to get here: Went on the I-Club circuit with his opponent, celebrated Cinco de Mayo with KOK, kept playing FOUR THREE COVER TWO, got out his stand-up bass and joined the band, sent his great great grandson to help, got his gameplan ready for Louisiana-Monroe, decided to hang up his spurs, cleaned out his office. 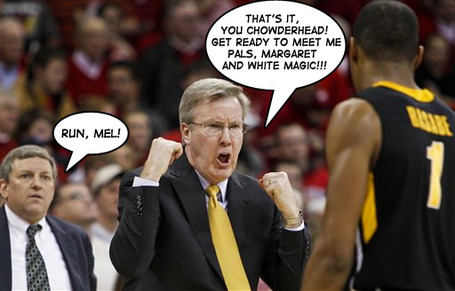 What he did to get here: Lost Wes Washpun to Tennessee (those were the days, right?), got a commitment from Anthony Hubbard, promptly lost said commitment, landed the biggest Iowa basketball recruit since Tyler Smith, became the new Iowa Calvinball coach, got escorted out of the McLeod Center by a cop, kinda threw a chair, talked about chairs, built the scare-center.

So who is the better marchifornicator?