And Bloodpunch, a big win by Ken O'Keefe over his former tag team partner, Jamie Pollard.

Let me say this: I was hoping Jamie would pull that off, because when I dispatch with Vandenberg next week, I wanted that poor excuse for an athletic director waiting to feel my wrath.

So instead, I get Ken O'Keefe, a man I tried to fire no less than 84 times.

/looks to his left 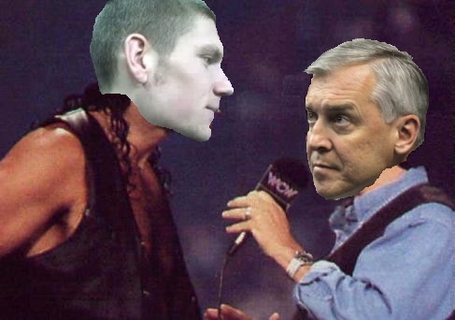 Matt. Good. I'm glad you're here. I think we need to discuss this --

Do yourself a favor and shut up.

I told you earlier this week to get three of your best, and we would take you on .

I still don't know who "we" is, Matt, but I don't care. This behavior is totally unacceptable. You're not even in Marchifornication. You shouldn't even be out here. I suggest you go back to Carver and --

/feels tap on his shoulder 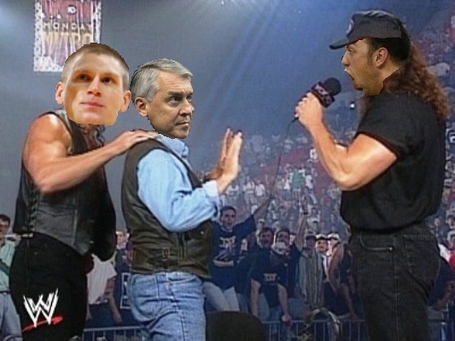 You've been sitting out here for four years, running your mouth.

This is where the big boys play football, huh?

Look at the adjective: Football.

We ain't here to play football.

Now Matt said Tuesday that we were going to be here. And now I'm here.

You still don't have your three people, and you know why?

Because nobody wants to face us.

Your football program is about as interesting as Greg Davis reading excerpts from Slaughterhouse-Five.

I don't want any trouble, Andrew. Just say your peace and move on.

You don't want trouble? Yeah, because I'll kick your teeth down your throat.

Where's your three guys? What, you couldn't find enough guys who aren't dead from boredom?

Where's Ferentz? Out mustering another up on a Caribbean cruise?

Where's Vandenberg? Running away from bears in Canada?

We're here! Where are your guys?

I don't have authority to name three guys now. You want a fight now? You fight with me.

If you'll wait until Monday, I'll name my guys. You want a fight then? You can have it.

Hey big man, we waited seven years for him to build the practice facility. We waited two weeks for him to name his guys. We can wait a weekend.

Barta, we'll see you Monday. And you'd best not be alone when we get there.

Meanwhile, in the basement of the Hayden Fry Football Complex... 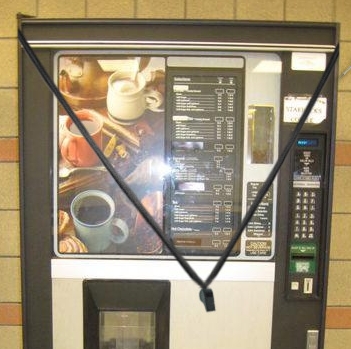 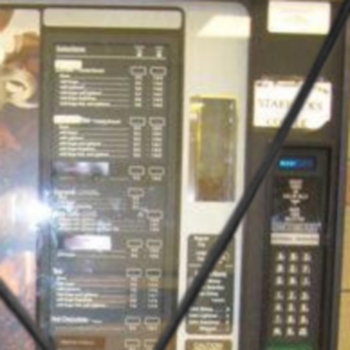 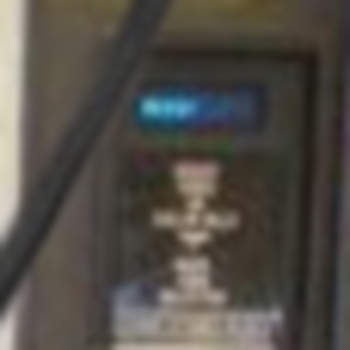