Iowa goes on the Oregon Trail

Share All sharing options for: Iowa goes on the Oregon Trail 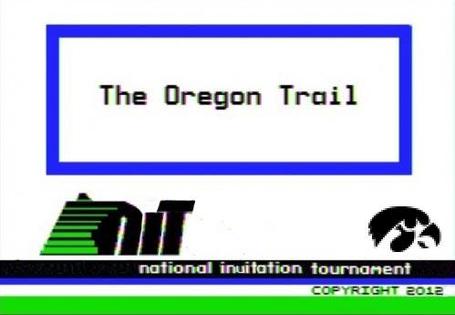 No photos have been released of the team's trip to Eugene, Oregon, but BHGP's computer experts were able to produce the following simulation of their harrowing trek. We are assured by our scientists that what that follows is 99.9% likely to match the real experience of the team. You may want to shield your children's eyes, as this all gets very, very harrowing. 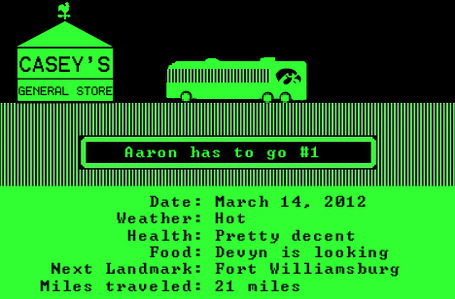 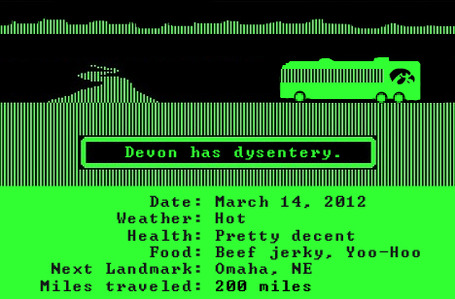 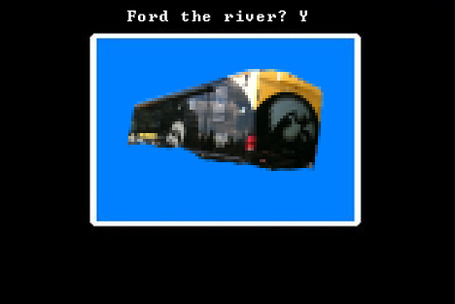 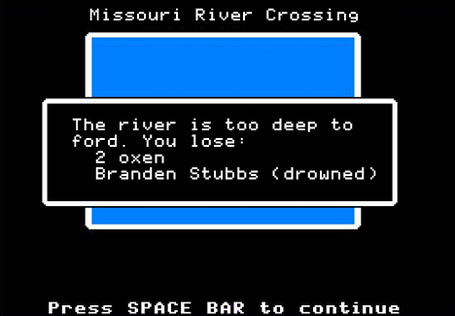 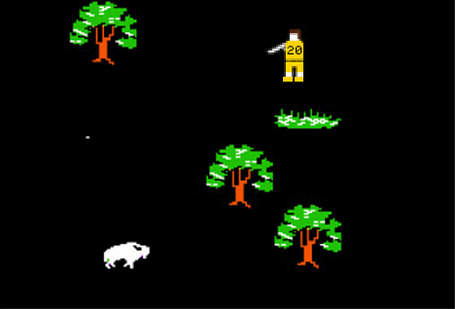 ANDREW BROMMER MISSED EVERYTHING. DO YOU WANT HIM TO SHOOT BACKWARDS OVER HIS HEAD? Y/N: Y 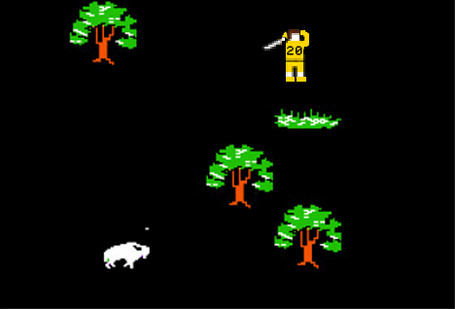 ANDREW BROMMER HAS KILLED A BUFFALO. US FOREST RANGERS HAVE ARRESTED HIM. BAIL HIM OUT? Y/N: N 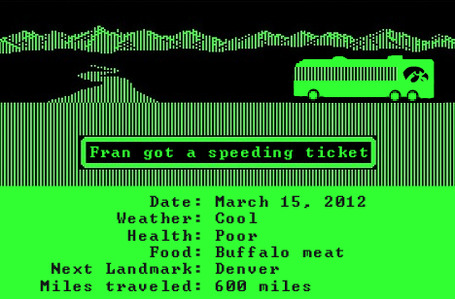 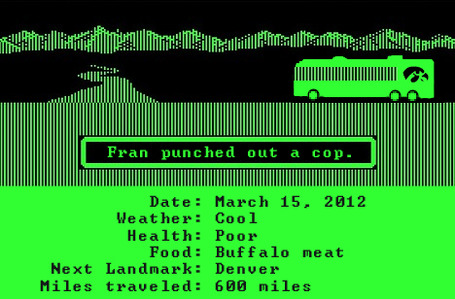 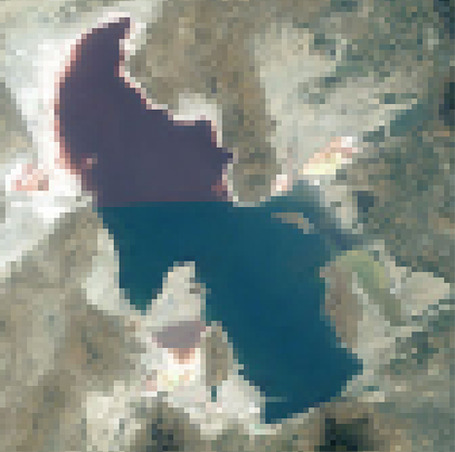 YOU HAVE REACHED THE GREAT SALT LAKE. ATTEMPT TO FORD? Y 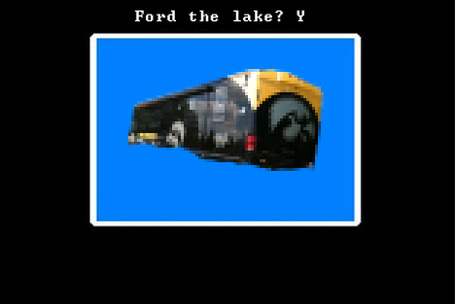 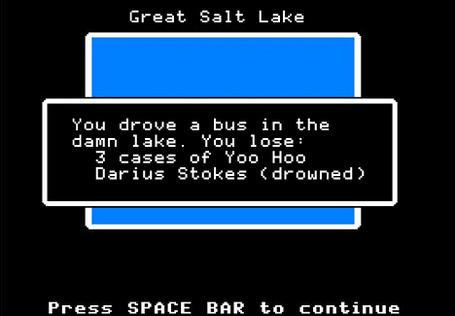 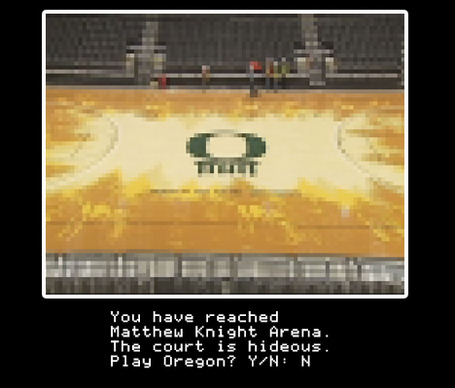 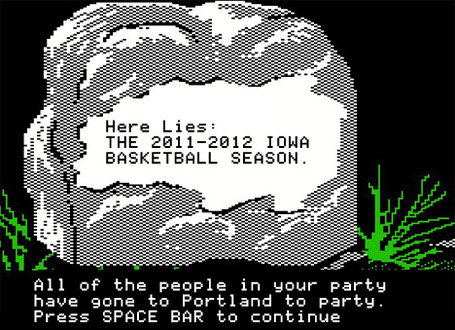 So it looks like we're in for a rough end to the season. Too bad we won't be able to play Oregon on Sunday, because I think we would have had a good chance to win. Also, if Andrew Brommer is alive and can read this, no help is coming. You shot a buffalo and you will pay the piper. Finally, RIP Branden Stubbs and Darius Stokes.

[H/T to the estimable hawk6894 for the first image. Also a "please don't sue" tip of the hat to Brøderbund, the Minnesota Educational Computing Consortium, and Casey's General Stores.]