Share All sharing options for: MARCHIFORNICATION 2012, ROUND 1: CY-HAWK vs. BROMMELHEAD 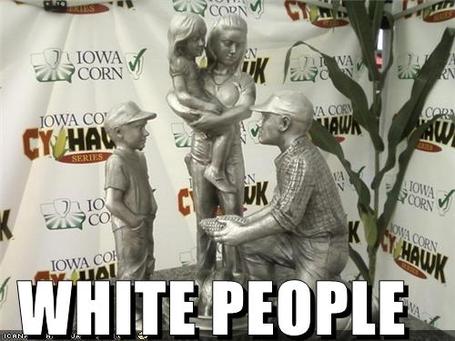 What it did to get here: Where do we begin? For one, it existed, replacing the former high school shop class-produced trophy. It was widely and immediately derided as the ultimate symbol of the worst trophy ever, even though Jacobi (and another Marchifornication competitor) worked to save it. Got the corn mascot guy a job with the ISU athletic department. Made HEC get all metaphysical on the philosophy of trophies. Eventually was retired, but that was one hell of a week. 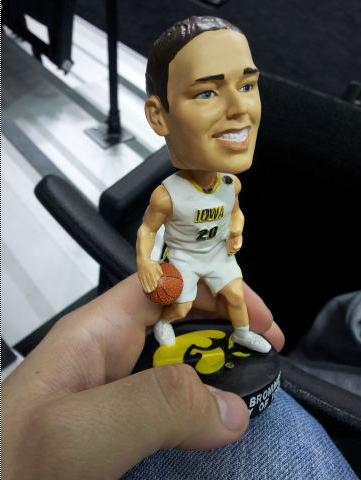 What it did to get here: It's the possibly haunted ceramic representation of one of our favorite Hawkeyes, made doubly awesome by the...

...the fact that Andrew, while one of the most hardworking...

What the heck is this?

...Hawkeyes on the roster, doesn't usually get... 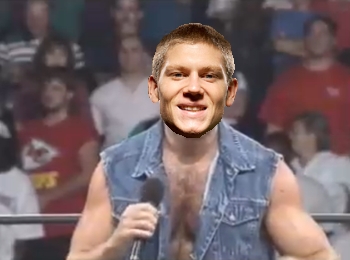 You people, you know who I am, but you don't know why I'm here.

Where is Billionaire Kirk?

Where is the Mandenberg? That punk can't even get in the building.

And where is Scary Gary? Because I've got a scoop for you.

When that Ken doll lookalike, that wannabe weatherman comes down here later this week, I've got a challenge for him.

For Billionaire Kirk, for Mandenberg, for the rest of you, you want to go that way?

You want a war?

You're gonna get one.

That was...I don't know what that was.

Well, the match goes on, of course, Scary Gary.

Who wins the round, Marchifornicators?