Our secret is out.

Iowa has been been trying to sneak tiny-armed players into the NFL for years now. Robert Gallery and Bryan Bulaga both had appendage short-comings, but we still tricked teams into using first round picks on them. Of course, the pinnacle of all our short-armed shenanigans came last year when we suckered the Titans into drafting Karl Klug and his tiny little arms.

So it looks like Riley Reiff is the most recent in a long line of stubby-armed Iowa players trying to get into the NFL. What we, as Iowa fans, have known for years has finally become public knowledge. Reiff had his measurements taken at the NFL combine and it's worse than we thought.

That's the equivalent of getting measured for the NBA draft and finding out you're only 5' 2".

Having said that, I don't know why everyone is acting so surprised about this. Any good NFL scout should have been able to take one look at him and know he has short arms. 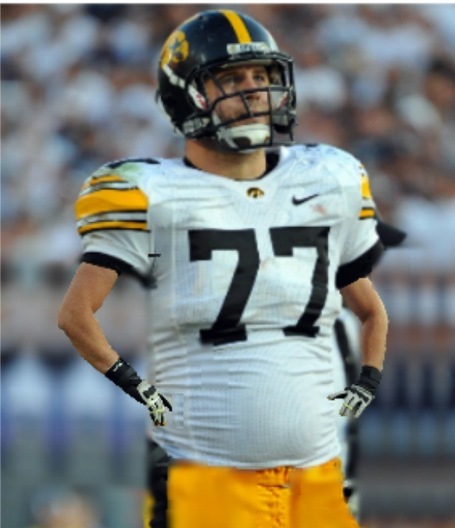 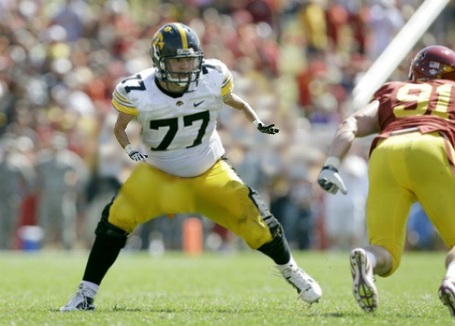 An unknown Iowa State player (because I don't give a shit enough to look him up) runs around Reiff's nub with ease. 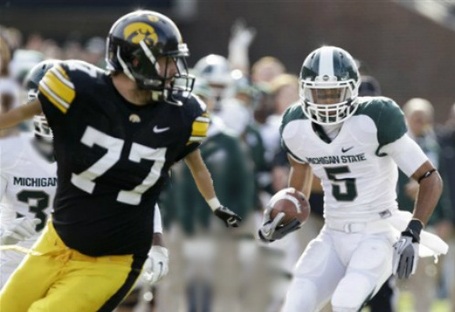 After an interception by Michigan State, Reiff comically tries for a tackle. 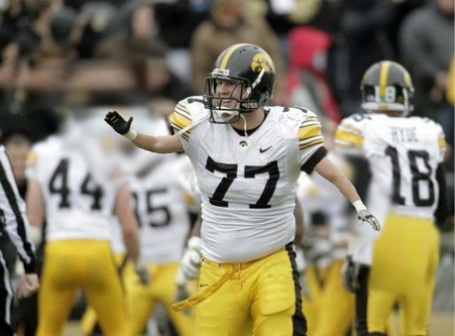 How will this affect Reiff's draft position? Like gravity affects Charlie Weis. For comparison, Matt Kalil, the consensus top tackle out of USC, has 34 1/2 inch arms. It may not seem like a lot on paper, but the difference on the football field is impossible to deny. Here's a photo of Kalil in action: 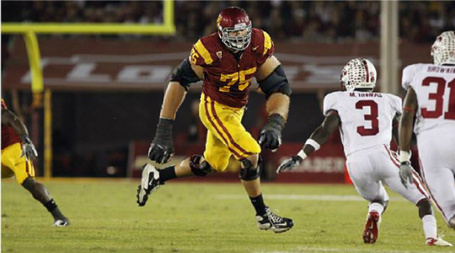 The gloves are to protect his knuckles from turf scrapage.

With the draft quickly approaching, The Reiffer has decided to work with strength and conditioning coach Chris Doyle using a machine that the Iowa staff developed when they discovered that Robert Gallery only had 32 1/2" arms: 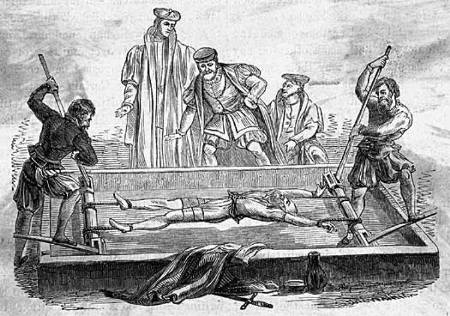 Doyle's creation, which he calls "The Relaxafier"

Michael Oher, who I think was in a movie with Sandra Bullock about a guy who hit his head and got amnesia and then she pretended to be his fiance, used a similar device to get his arms to the desired offensive tackle length. As you can see, it has worked wonders for him: 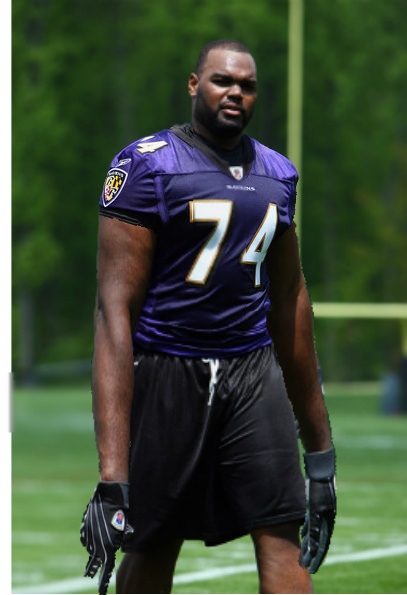 Michael Oher, on the practice field. Not a scene from that movie he did with Sandra Bullock where she goes to rehab.

Best of luck to Riley Reiff in the future. May his arms be long, his draft stock high and may the wings of destiny carry him aloft to dance with the stars.