Jarryd Cole is playing in Iceland, is way into it (with video)

Share All sharing options for: Jarryd Cole is playing in Iceland, is way into it (with video) 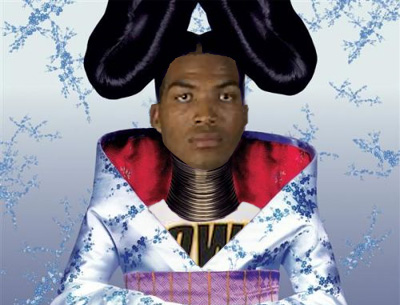 This is mainly just to direct you to an interview Mike Hlas did with ex-Hawkeye basketballer Jarryd Cole, who is currently playing for Kevlavik in the Icelandic league. Cole seems to be adjusting well to playing in a new and very foreign environment, and has apparently displayed a remarkable openness to Icelandic culture:

One night we had a party to celebrate Icelandic culture and heritage and back in the day they used to eat rotten shark and sheep head and sheep testicles, so there was a buffet line of all that stuff there and it was horrible, but I tried it all. I think the natives took me in after they saw me try it all. They were impressed. They told me I could be a citizen now.

Really, go and read the whole interview. It's nice to know that Cole has landed on his feet and is playing basketball somewhere. You can check out the roster and some of his stats here or at the Kevlavik league page here. Apparently Jarryd leads the team with "9.9 fráköst í leik" and is second on the team at "19.3 stig í leik", which I'm assuming means he's doing something right (I'm pretty sure it's rebounds per game and points per game).

There's also a team page that is probably the Icelandic equivalent of BHGP but is unfortunately entirely in Icelandic. It does feature this awesome video, though (it's very recent -- February 18th -- so this apparently just happened). Look for:

There's a whole Youtube channel devoted to Kevlavik, too, if you're interested. Iceland was not, judging from the interview, Cole's first choice, but it looks like the fans are devoted and he is playing well. Plus, who knew a country of 300,000 people could support a 12-team basketball league? We hope the rest of the season goes well for him and want him to know that Iowa fans have learned, by his absence this year, just how much he did for the team while he was here.

For more Nordic-Iowa basketball action, AJ pointed me to this video of Doug Thomas dunking all over the Swedish league.