Santa Ferentz is Coming to Town

Share All sharing options for: Santa Ferentz is Coming to Town

I'm telling you, this is a bad idea. I mean, I'm not really comfortable with this.

Kirk, it's all about repairing your image with the community and the state. And what better way than this? 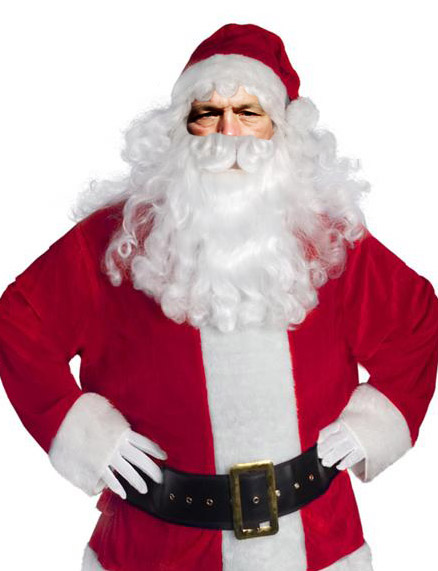 *Sigh* You might be right, but what if the kids talk to me?

Well that's the whole point, you're going to interact with the kids and it'll be a great photo opportunity.

But I feel ridiculous, look at me. There's already gum in the beard. I'd rather be preparing for a bowl game right now. I mean c'mon Gary, could this get any worse? 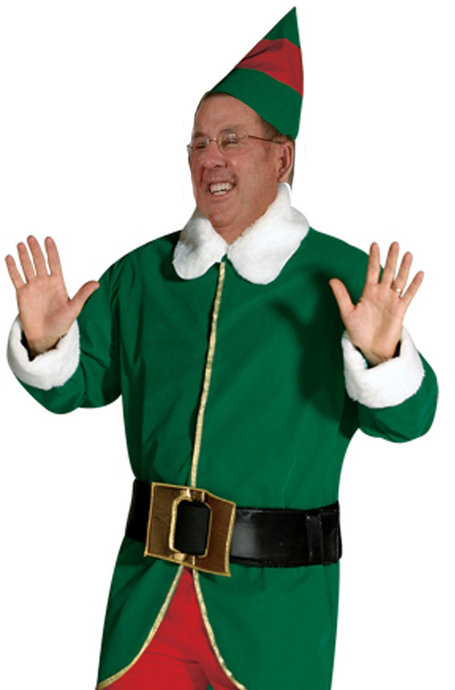 You have got to be kidding me.

I really like the shoes. Do they make them in a mens?

Gary, if you'll excuse me. I need about 10 seconds with Greg.

I'm only going to give you two.

What are you still doing here? You told me you were going back to Texas to begin working on the offense for next year.

And I did. I made the field in the background of all my plays smaller so now those one-yard out routes are 11-yard out routes. I'm seeing a lot of first downs in our future next year. Plus, it's Christmas, where's your holiday spirit?

(under his voice) You had Vandenberg throw it one yard forward and 20 yards sideways.

Cut to a holiday-themed room inside the Paul W. Bechler Press Box

Oh.. oh... kids. What's that I hear? Why, yes... it's Santa Claus! And he brought a helper with him. How about we lineup and all tell Santa, what we want for Christmas.

The first child take a seat on Santa Ferentz's lap

So, ummm, well, ummm, did you execute well this year ?

He means: have you been a good boy this year?

That's good. That's... that's really good. You should get more credit for being good. Santa was good for two-straight weeks this year, but people were still mean to him.

Awwwwwww. That's not fair. I still like you Santa.

And Santa likes you too. Now what would you like for Christmas?

Billy, Santa doesn't have an iPad in the North Pole. (Whispers to Kirk) It's an electronic device, kind of like a small computer.

A small computer for kids? Oh you mean a Speak & Spell! Well, Santa will get right on that. You have a Merry Christmas.

And what is your name little girl?

Well, Sally did you execu- umm... were you good this year?

Well, I was good for some of the year, but then I was also naughty.

Santa knows what you mean. I wasn't good for a lot of the year.

Don't say that Santa. You're good all the year round. Everyone knows that.

Do you mean it?

Well then Sally, I might just bring you to Santa's next press conference for a testimonial. Ho! ho! ho!

Yes, yes she did. Now what do you want for Christmas?

I'm sorry, Santa only understood one word of that sentence.

A video game, huh. Do they still have Pac Man?

Well, then Pac Man it is. Have a happy Ho- Ho- Holidays Sally.

The next 45 minutes fly by.

I still love you Santa.

...some of Santa's reindeer, really struggled and all of the elves blamed Santa, but what could he do? He told the reindeer what to do, but they wouldn't do it.

...and then Rudolph received the ball back and threw it all the way down the field to another reindeer. Now, wasn't that a good call?

Hey! Didn't one of your elves make that call?

Nah, but they like to take all the credit, don't they Mikey?

I love you Santa!

You're the best Santa!

Ho! Ho! Ho! Merry Christmas to all! Santa and his elves will be back next year; better than ever!

On the other side of the room.

Well this was a great idea. Thank you for the invitation Gary. Even Kirk looks rejuvenated.

I've made a huge mistake.

What do you mean?

Look at him, the smile... the gleam in his eyes... we've created a monster. 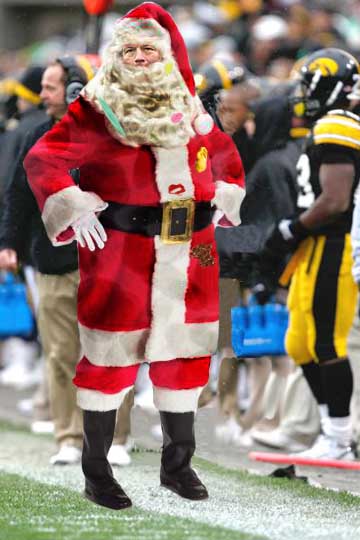