It's Not Plagiarism If You Link To It: Hawkeye Basketball and Wrestling Are Weekend Winners

Both Lisa Bluder and Fran McCaffery's teams add one to the win column Saturday. Also, there was domination on the mat.

Share All sharing options for: It's Not Plagiarism If You Link To It: Hawkeye Basketball and Wrestling Are Weekend Winners

FRAN MCCAFFERY'S SQUAD GOT BACK TO WINNING. All you need is another cupcake on the schedule. Texas A&M Corpus-Christie had no answer for Melsahn Basabe and Adam Woodbury. Actually, TAMCC wasn't good at basketball in general. It was a game to get some confidence back. McCaffery made a change to his starting lineup for the first time this season. Freshman Anthony Clemmons got the start while Zach McCabe came off the bench. Clemmons joined fellow freshmen Mike Gesell and Woodbury to make three true freshmen starters. Iowa rolls 88-59.

MCCAFFERY SPOKE AFTER THE GAME. It was brief. Fran presumably hopped on a jet to check on a recruit. There's video of Fran and of course, a transcript. There's not a ton from McCaffery. In fact, after learning he was out watching a recruit just two hours after the game, the short answers are kind of funny.

LISA BLUDER'S TEAM BEGAN THEIR IN-STATE BATTLES. Northern Iowa was first on the list. UNI was within 10 points with less than 10 minutes in the game but Iowa closed strong. Morgan Johnson had 19 points and 12 rebounds. Samantha Logic added 15 points. Iowa cruised to a 68-46 win. Up next: Iowa State, Thursday night at Carver-Hawkeye Arena.

TONY RAMOS WAS READY. Iowa's #3 ranked wrestler at 133 pounds knew he'd have a challenge with Iowa State's John Meeks. Ramos would dominate the true freshman and get the major decision after a 19-7 win on the mat. It was one of five majors in Iowa's 32-3 crushing of their in-state rival. 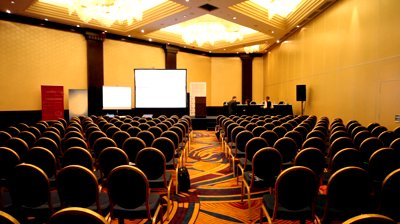 IOWA WAS (1-0) VERSUS BCS TEAMS. The Northern Illinois Huskies will head to Miami to face Florida State in the Orange Bowl. NIU's only loss on the season came in Chicago when Iowa's Damon Bullock found the endzone late in the fourth quarter for a narrow win. NIU has won 21 of their last 22 games dating back to September 2011. Iowa is that lone loss. The ESPN pundits expressed rage and concern for college football with the NIU pick. The tag line on ESPN's Bowl Selection Show was "but, they lost to Iowa and Iowa is terrible." Kirk Herbstreit even went so far as to call Iowa the worst team in the Big Ten.

The Orange Bowl kicks off at 7:30 pm (CST) on January 1st. The Huskies will head to Miami with a new coach. Their head coach this season, Dave Doeren, was hired yesterday by N.C. State. NIU is currently a 13.5 point underdog to the Seminoles. They will open next season in Iowa City against the Hawkeyes in Kinnick Stadium.

NIU'S SELECTION DROPPED THE BIG 12 TO ONE BCS TEAM. Oklahoma was left as the odd man out in the bowl selection process. They will take on Johnny "Football" and Texas A&M in the Cotton Bowl. With nine teams qualified for bowls, Iowa State was the lone team not to get a Big 12 tie-in game. Instead, the Cyclones will head to Memphis to play Tulsa in the Liberty Bowl in a rematch of a week one game. ISU and Tulsa will meet again on September 21st in 2013. That's three games in 12 months with the Golden Hurricanes. Tulsa is the Conference USA champion. They finished (10-3) on the season with one of those losses coming at the hands of the Cyclones, 38-23, in Ames.

OTHER BIG TEN BOWL SELECTIONS. We'll round out the rest of Iowa's 2012 opponents bullet style (all times CST).