A plea to the NCAA to revoke their new decorum rules

Share All sharing options for: A plea to the NCAA to revoke their new decorum rules

You may have heard during the coverage of Big Ten basketball's media days that, due to new NCAA guidelines, coaches will have to restrain themselves from too loudly criticizing referees. We all had a good laugh about it -- Michigan State coach Tom Izzo said "I told Fran he can't throw any more chairs" -- but unfortunately these new rules are no laughing matter. The new regulations, which mandate technical fouls for violations such as "[p]rolonged, negative responses to a call/no-call that are disrespectful or unprofessional, including waving or thrashing the arms in disgust, dramatizing contact by re-enacting the play, or running or jumping in disbelief over a call/non-call", pose a grave threat to the planet. In the hopes of demonstrating the risk we face, BHGP's crack staff of physicians and psychologists have run a computer simulation of their effect on Iowa's coaching staff over the course of a typical season. The harrowing results of our study are presented below (warning: if you have small children, you may want to send them into another room). 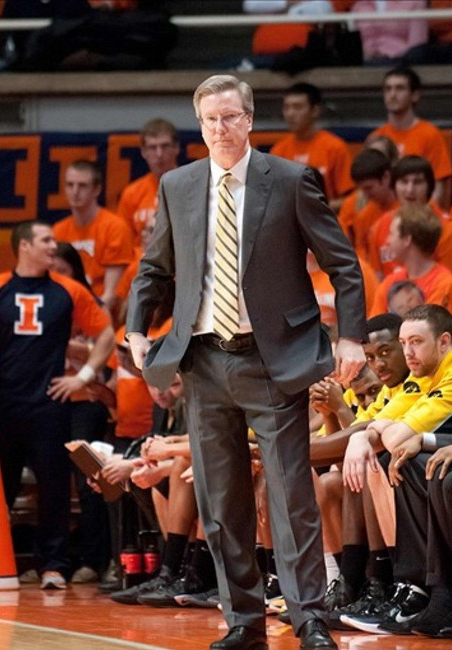 Here we can see the subject on day #1 of our simulation. Mild annoyance can be read on subject's face, but he is handling the mild stress of the game against Texas Pan-American relatively well. 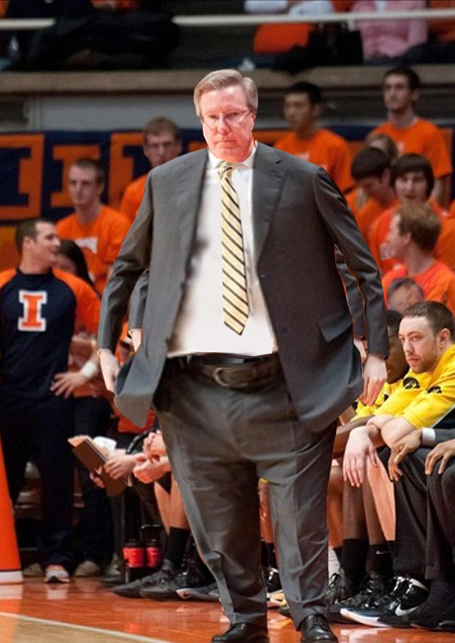 Here we can see that the stress of the Big Ten-ACC challenge game has begun to take its toll. Our scientists predict at least two bogus offensive foul calls on forward Zach McCabe, both of which will cause an immediate rise in Mr. McCaffery's diastolic and systolic blood pressure readings. 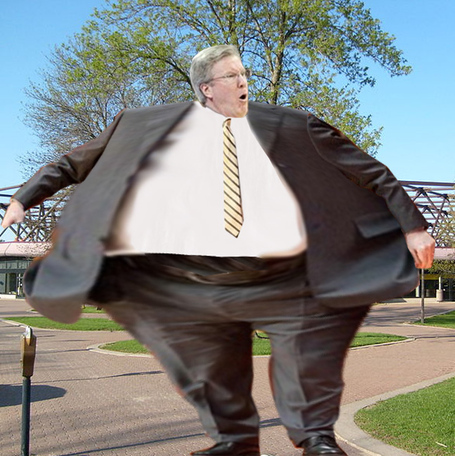 In our simulation, a key travelling call on Devyn Marble late in the second half led to a tremendous increase in activity in the so-called "rage centers" of Mr. McCaffery's mind. Levels of rage are still low enough, however, that Mr. McCaffery can control any outbursts, although not without a noticeable swelling of the extremities. 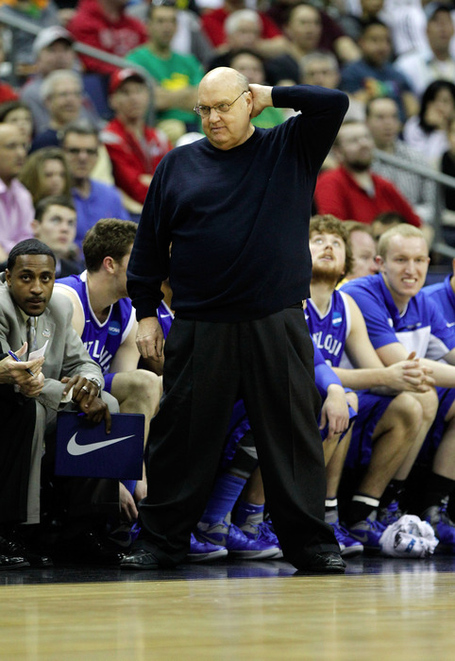 In this lower-stress game, the swelling in Mr. McCaffery's limbs has decreased somewhat, but as one can see, the overall effect on his physiognomy is not pretty. 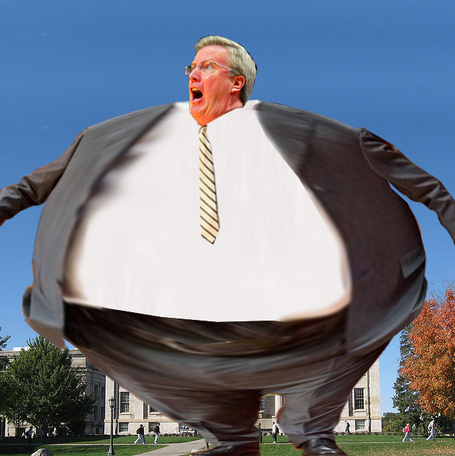 As the Big 10 schedule begins, our scientists fear that Mr. McCaffery's restrained rage will lead to him swelling to massive proportions. For scale, we have presented Mr. McCaffery next to the Old Capitol building. As you can see, Mr. McCaffery is huge, and quite filled with rage. The combination of the sense-memory of last year's outburst and a series of bad calls could easily to such an increase in rage that restraining it would stretch Mr. McCaffery's body to the breaking point.

At this point in the season, Mr. McCaffery's rage, via a massive intake of air during stifled screams, has caused his body to expand to such an extent that he has become airborne. In our simulation, we predict that prevailing winds will bear him eastward. Here we see him as he floats over downtown Waterloo. 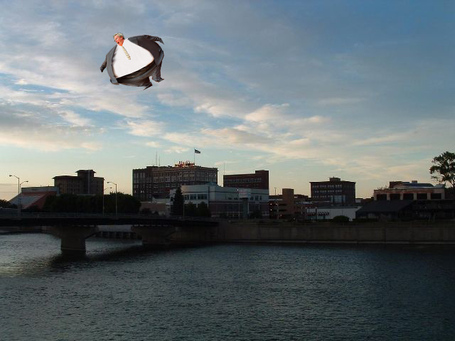 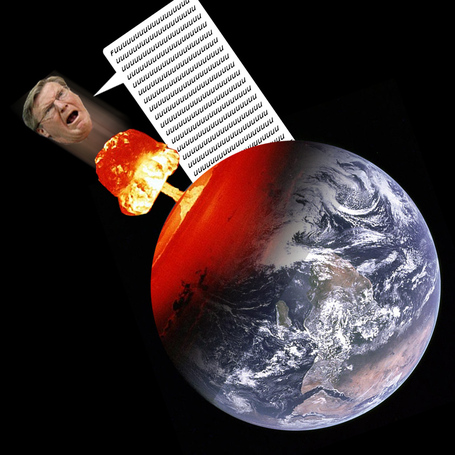 Finally Mr. McCaffery's rage will have reached critical mass. Our model predicts that the combination of a likely loss, homer refs, and the sight of Tom Crean will lead Iowa's coach to release the pent-up rage of an entire basketball season in one cataclysmic burst. As you can see, the power of this explosion will destroy much of the earth and send Mr. McCaffery's decapitated head into space, somehow still making audible curses despite the fact that it is no longer being connected to his body and is hurtling through an airless vacuum.

Please, members of the NCAA rules committee, do not impose these restrictive and dangerous rules. Coaching rage is a natural and highly entertaining part of the college basketball experience, and suppressing this instinctive force will lead to the destruction of much of the globe. If we act now, there is still time.