GETTING DOWN TO THE BOTTOM OF AN UNSOLVED MYSTERY

Just where did the Iowa football team vanish to this past Saturday? Robert Stack investigates.

Share All sharing options for: GETTING DOWN TO THE BOTTOM OF AN UNSOLVED MYSTERY

This program is about unsolved mysteries. For the protection and privacy of those involved, actors and other famous individuals were used in interviews and dramatizations in hopes of recreating the events you are about to see. Others have had their identities obscured. This is not a news broadcast.

We have covered a large number of topics during our time on the air. Abductions, telekinesis, the marriage of Bigfoot and his podiatrist. But never have we dealt with a subject as strange as this — the disappearance of an entire football team in front of more than 70,000 shocked witnesses.

The date was October 20th, the place Iowa City. The local Hawkeyes were the talk of the town after a big victory over one of their conference rivals and the feeling at the stadium was electric as the Iowa football team took the field to take on Pennsylvania State University. Very quickly though, it was apparent that something was not right.

We forced a three-and-out right away and then the offense and I began to move down the field without seemingly any opposition. It was fun, but also strange. This is not what we were expecting.

Matt McGloin really knew something was wrong when he was able to pick up big yardage on his scrambles.

I’m not the most mobile quarterback, but there was one instance when I was scrambling and I could hear a linebacker on my tail. He seemed to trip. 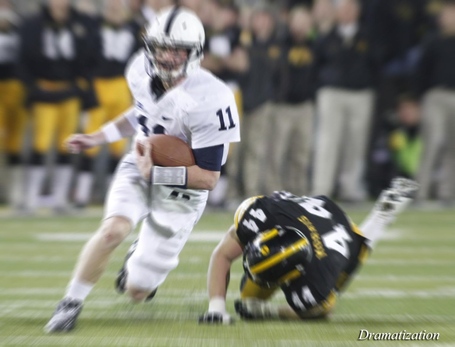 I ended up doing my trademark McGloin slide and when I had finished rolling, I looked back and there was nobody there. Just empty space. 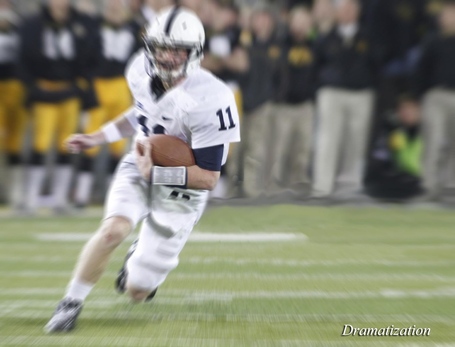 The other pieces of the Nittany Lion offense also noticed the disappearance of the Hawkeyes.

I ran a drag route, found an open area in the Iowa zone and caught a pass from Matt. Then I noticed a pair of Hawkeyes converging on me. 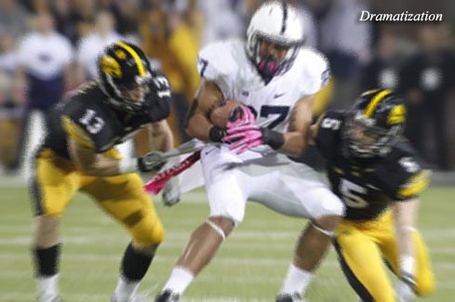 But something strange happened, neither of them tackled me and I gained liked 25 yards. I got up and they weren’t even there and yet I felt my jersey get yanked. Weird. 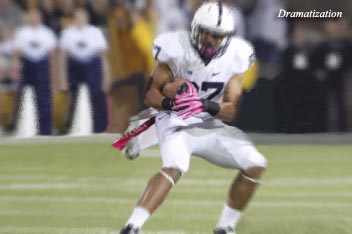 It was not just the Iowa defense that had seemingly vanished. The offense was nowhere to be found either as defensive end Anthony Zettel can attest.

We knew with the running game limited, the Hawkeyes were going to have to pass the ball, and we loved that. Me and a teammate were on our way to hit the quarterback and we really walloped him. Threw off the pass and everything. 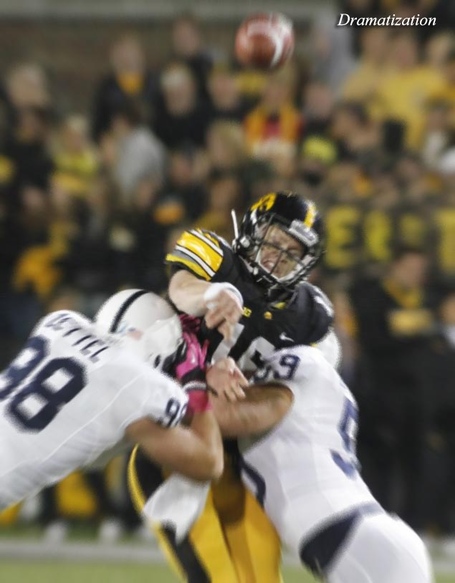 But here is the spooky part. He wasn’t there. How is that possible? The ball was in the air for godsakes! 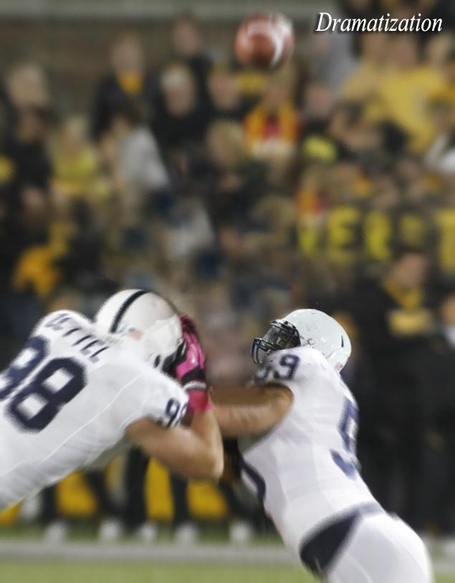 Where did they go?

Theories are popping up all over the place to answer just that. The most popular suggestion according to our Unsolved Mystery experts is that the entire Iowa football team was abducted by a UFO as illustrated here. 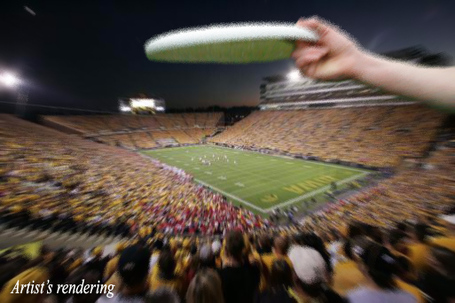 Another theory gaining steam is that the game never in fact actually happened, but was instead the brainchild of legendary television actor John Stamos. 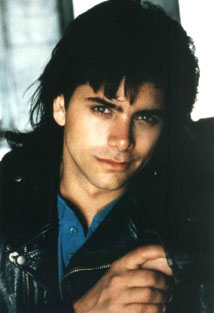 Unsolved Mysteries reached out to Stamos, but the actor suspiciously did not return our calls.

Maybe the most dubious theory comes from the man who knows the team most.

We didn’t even show up to the game, I think that was blatantly obvious. I can’t believe 60 Minutes wanted to do an interview with me. Huh? What? Unsolved Mysteries? This interview is over.

No matter what the theory. One name seemed to be on the lips of everyone we talked to. 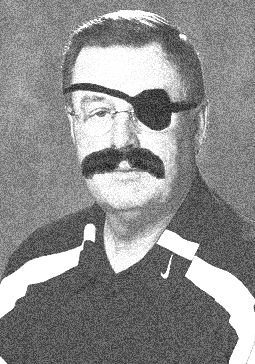 The new Iowa offensive coordinator seems to have played a part in the Hawkeyes’ absence. But how? And more importantly why? That, ladies and gentlemen, is the true unsolved mystery.

Now you folks at home can do your part. If you have any information about the disappearance of the Iowa football team during Saturday night’s home game with Pennsylvania State University, please call our toll free number at 1-800-555-6894. We’ll be right back with our next unsolved mystery — the Franimal. Man or myth?