The beer, the music, the pinata. The Palooza.

Prior to Saturday night's beatdown, we held the first AIRBHGAPALOOZA Saturday at Backpocket Brewery in Coralville. I didn't get many pictures because I was running around like an insane person (fortunately, the Press-Citizen got some for us, which I won't blatantly steal), but if you were there and have pictures of your own, the comment section is open.

HIGHLIGHT! Our very own Jake Bender (a/k/a sailorjerry) provided both music and co-emcee service throughout, and successfully managed to avoid the Eric Clapton 80s acoustic catalog.

HIGHLIGHT! The beer band made an appearance (thanks to @hmbgohawks) for a rousing rendition of the fight song...and the other fight song! 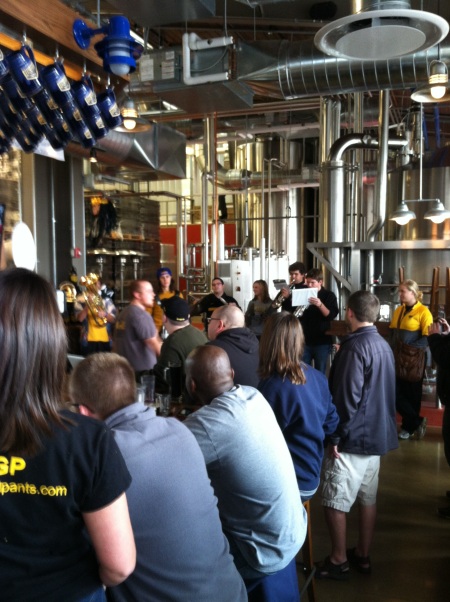 HIGHLIGHT! The piñata took 48 whacks before exploding! And then children and drunk people ran for the candy! AIRBHG strikes again (via Type 2 diabetes)! 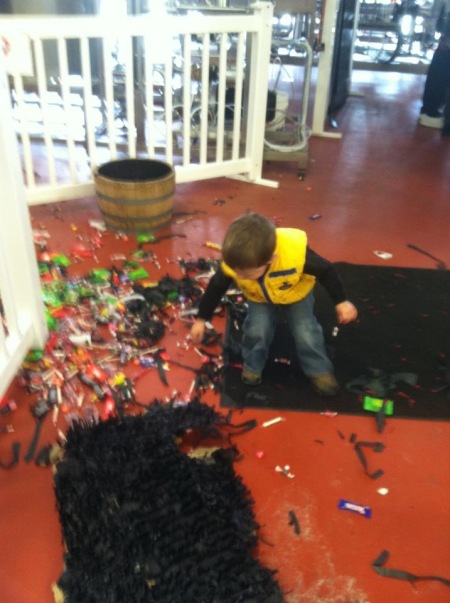 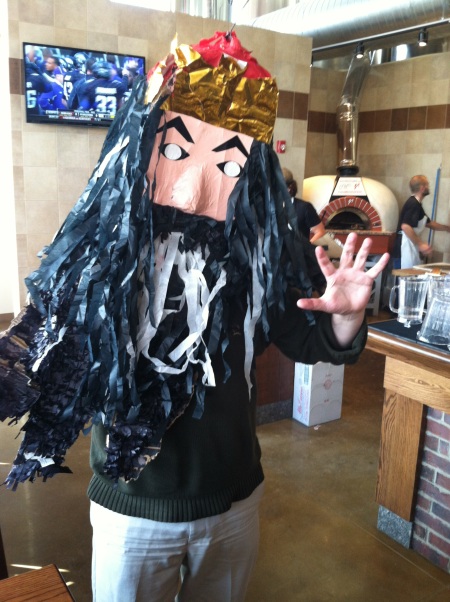 HIGHLIGHT! Most importantly, we got $75 in donations for Touchdowns for Kids before the piñata went down, which we're going to match and move up to $150!

HIGHLIGHT! We debuted the AIRBHG Tribute Video last week (due to OSU-Purdue going to the wire and some technical difficulties, we didn't get to play it Sunday; next year we'll handle videos earlier in the day)!

HIGHLIGHT! We recorded a live podcast and took questions from the audience, which we're going to edit this week and hopefully get posted by next week! Thanks to Steve Steak for guest hosting.

HIGHLIGHT! As you can see from above, we got a visit from former Iowa running back, AIRBHG victim, and BHGP legend Paki O'Meara!

HIGHLIGHT! We've done some events in the past and had mixed turnout results, but the crowd Saturday. Oh my, the crowd Saturday. Backpocket was packed to the rafters by noon; the management commented on how this blew their usual gameday crowd away. So thank you all, not just for showing up, but for having fun and staying awhile and making the event a complete success. It was a blast, and we're certainly going to plan for another one next year.