At most schools, an open coordinator position wouldn't be cause for serious contemplation. Coordinators come and go, in most circumstances. Iowa football isn't most schools, though; the program hasn't hired a new coordinator in thirteen years, and a full-on head coaching search looks to be years away. Defensive Coordinator LET'S TALK ABOUT IT.

Here's the thing with Kirk Ferentz: For all the talk of how he's happy at Iowa coaching in the college game, dude loves the NFL. Prior to coming to Iowa, he was coaching in the pros. He runs a pro style offense and openly ridicules anyone who questions its effectiveness. He recruits based on the pro systems he uses and his track record of putting players in the League. On the rare occasion that Iowa's staff studies another team during the offseason, it's always a pro team (and almost always New England). His coaches -- Ron Aiken, Joe Philbin, Pat Flaherty -- go to the pros just as often as they go to a different program or position. 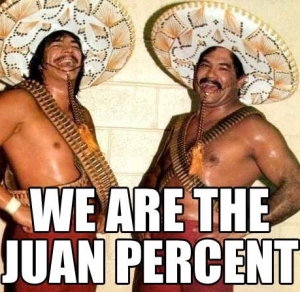 What he hasn't done in the past, or at least done often, is hire from the National Football League. Only one of his current assistants -- running backs coach Lester Erb -- has extensive pro experience, and Erb's pro coaching came as a low-rung assistant on the same Ravens' squads that Ferentz coached in the 1990s.

This brings us to Juan Castillo, who spent this year as the defensive coordinator of the Philadelphia Eagles and is increasingly unlikely to spend next year in the same position. Castillo is a 1981 graduate of Texas A&I (now Texas A&M - Kingsville), where he played linebacker. After graduation, he returned to A&I to coach defensive line and linebackers, taking time off in 1984 and 1985 to play in the USFL. Once his playing days (and a brief stint as a high school coach) were over, Castillo shifted his focus to the offensive line. He was A&I's offensive line coach from 1990 to 1994. He joined Ray Rhodes' staff with the Eagles in 1995 as an offensive assistant, graduated to tight ends coach in 1997, and stayed on as offensive line coach when Andy Reid took the reins in 1998. Castillo remained in that position for thirteen seasons, and was widely considered one of the best offensive line coaches in the NFL.

Reid fired his defensive coordinator after the 2010 season and installed Castillo in that position, which made absolutely no sense; Castillo hadn't coached defense since 1989, and had never even coached a defensive position in the pros. And so, when the Dream Team imploded this season, Castillo received the lion's share of the blame as the inexperienced and ineffective coordinator of a unit that gave up 31 points to Chicago, 30 to Seattle, 38 to New England, etc. The raw numbers on Philadelphia's defense were borderline good -- eighth in the league in total defense, tenth in scoring -- but it really doesn't matter. Reid has retained his job, but someone's going to have to pay for their underachievement, and that someone is almost certainly Juan Castillo.

Castillo's professional connections with Ferentz are virtually nonexistent. They've never coached on the same staff. Castillo has never coached for Norm Parker or Ken O'Keefe, either. In fact, aside from Castillo's first few years in the pros, Ferentz and Castillo have never coached at the same level of football at the same time. But Castillo was an up-and-coming offensive line coach at a time when Kirk Ferentz was coaching Jonathan Ogden in Baltimore and making a name for himself, and both men have previously commented on the professional friendship that has developed between them since then. That friendship already paid off once for Ferentz. In 2006, Castillo sent his son to Iowa's summer football camp. In 2007, Castillo's son returned for another year at Iowa before his senior season. And on the eve of signing day in January 2008, Iowa finally extended an offer to Greg Castillo, a two-star defensive back who has started the last two season openers and is set to inherit a full-time starting cornerback position as a senior on the 2012 Hawkeyes.

None of that matters if Castillo isn't the right fit, though. Schematically, Castillo is a solid fit. Philadelphia ran a "Wide Nine" 4-3 alignment this season, where defensive ends are aligned far outside the offensive tackles. Linebackers have more inside responsibilities against the run, and Castillo had his secondary playing much more man coverage than Norm Parker ever would, but the basic premises -- little blitzing, pass rush generated by the front four, lots of stunting and formational moves up front -- are there.

Recruiting is another story. Castillo has never coached at a Division I school, let alone a BCS conference program. He's never recruited outside Texas, and he hasn't recruited in 20 years. Recruiting is about reputation, sure, and Castillo's reputation for this season's struggles probably would not outweigh the fact that he's a pro coordinator at the college level (again, one of Iowa's primary pitches on both sides of the ball), but it's even more about relationships. At this time, Castillo's relationships with high school coaches probably aren't a plus; we don't even know what area he would be recruiting.

There are a boatload of questions surrounding this hypothetical hire, and we haven't even addressed whether he would be interested in the job or for how long he'd want to stay (Greg only has one year of eligibility remaining, after all). There would be mild outcry from the fans, more due to the NFL's noise machine than to his coaching acumen. There would be recruiting issues to handle, territories to examine, and schemes to revisit. It's Kirk Ferentz at the controls, though, and Juan Castillo is an experienced NFL coach, and the NFL trumps almost everything here. Don't count him out.