Did you know the Iowa basketball team was honoring the 1986-1987 team that won 30 games and made the Elite Eight at the Penn State game on February 4th? It's okay if you didn't know -- it had been mentioned in passing a few times, but no one's really made a big deal about it yet. But Dr. Tom Davis and several other members of that team will be in CHA on that day and there are other festivities planned as well. But probably the most notable aspect of the celebration is this -- Iowa will be wearing throwback jerseys for that game.

And now, courtesy of Josh Oglesby, we have our first glimpse of what the throwbacks will look like: 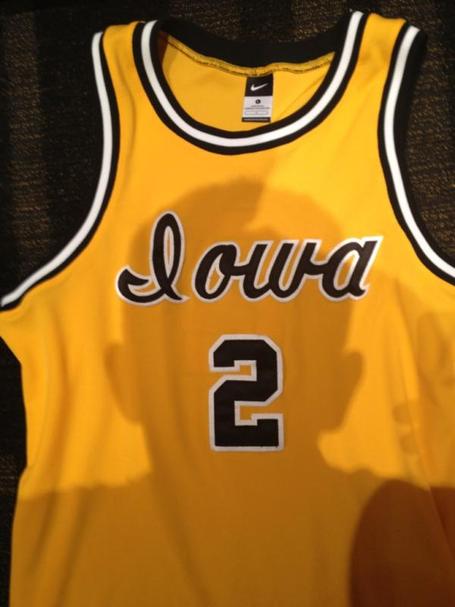 What do you think? I'm not a big yellow jersey guy... but even I think these look pretty damn sharp.