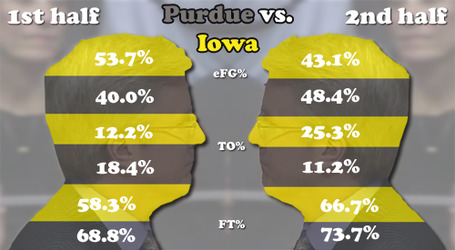 If you wanted to write up a recipe for how Iowa could have upset Purdue in West Lafayette, it might have gone something like this: