Indiana Brownlee and the Curse of the AIRBHG Staff

Share All sharing options for: Indiana Brownlee and the Curse of the AIRBHG Staff

Kirk, the defections are starting to get out of hand. McCall, Coker, now Derby, you better have a pretty good damn explanation.

And I do sir, it's all AIRBHG's fault.

Airbag? That doesn't make any sense.

No, not Airbag. AIRBHG - Angry Iowa Running Back Hating God. I'm not one to believe in spirits or curses or that nonsense, but I heard about this on the AM radio, so you know its true.

Let me get this straight. The reason players are leaving is not a stringent team code of conduct, unimaginative schemes or just plain stubbornness - it's a malevolent deity whose sole purpose of being is hating our running back corps.

Oh... my... god. That's terrible. What can we do about this? Conduct a séance? Call an expert?

Well, I was conducting a little research on the OnlineNet and I stumbled across something called Wiki Encyclopeida and there was an article about a certain staff that can weaken AIRBHG and stem his powers.

That's great. Where is this staff?

That's the thing, I don't know. But I do know somebody who might.

In a classroom in western Iowa

...Lincoln wanted a gentle reconstruction, after all his whole message was preserving the Union. Unfortunately, Lincoln's plan never came to be because on April 14th during a showing of "Our American Cousin," an actor, John Wilkes Booth, crept up the stairs, slowly opened the door knob and sh....

Ooops, well that's all for day. Read the rest of Chapter 16 and we'll pick up where we left off on Monday.

(to another student) What do you think happened to Lincoln?

If I remember correctly, he killed the zombie John Wilkes Booth and then became a zombie hunter.

Kirk and Gary walk into the now empty classroom

Coach Ferentz! It's wonderful to see you again.

Gary, this is Sam Brownlee. Former running back and one of the few men to survive AIRBHG.

Ummmm. OK. Now why did you gentlemen stop by?

Remember that smooth piece of black wood you showed me back in 2004?

Sure. I was out exploring the Iowa countryside and this small piece of weird black wood was sticking out of the ground and it was like something I had never seen before, so I pulled out my trusty pocket knife and cut off a piece for myself.

We want you to go to that same spot and excavate the rest of that piece wood. We believe it is a staff that will help us control AIRBHG.

Do you remember where the spot is?

Of course, I recorded the coordinates in case in turned out to be valuable and I guess it is. The coordinates are in a box with piece of wo- oh shit. I totally forgot, I gave away the wood.

It was sort of like a passing of a torch thing among walk-on running backs.

Cut to a seedy bar 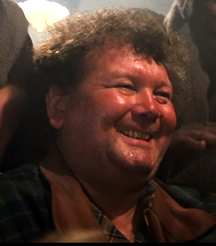 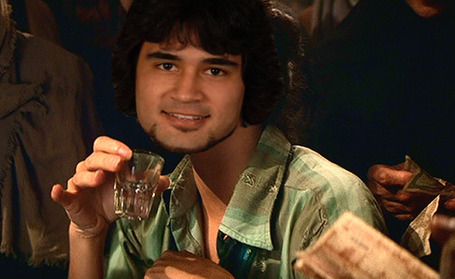 What a desolate place.

Hurry up, let's get this over with.

Sam! What are you doing in my neck of the woods.

Kirk Ferentz. I always knew some day you'd come walking back through my door. So, what are you doing in Cedar Rapids?

We need that piece of wood that Sam gave you. Do you still have the box?

I do, but you're certainly not touching it.

How could you start Robinson and Wegher ahead of me? I was young, you knew I couldn't handle the demotion.

I never meant to hurt you, it was all AIRBHG's fault.

So just give Sam the box with the wood in it and we'll be on our merry way and leave you to your *snort* drinking contest.

I'll give Sam the box, but you know what, I think I'd like to tag along.

Fine, fine. Just get me that staff and we'll put an end to AIRBHG. 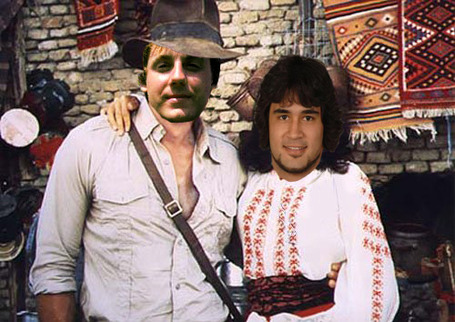 You had to wear that?

Of course, I did. We're on our way to dig up something that could have some mythical value. Of course it's like Indiana Jones. And should you be the one talking, I can't even explain what you're wearing.

It's not easy to look this good. And mythical value? We're looking for something that will protect Iowa from an airbag. I mean that's what he keep saying right? Airbag?

Yeah, I don't get it either. Well according to what I wrote down, these are the coordinates. Look around for a protruding piece of black wood. 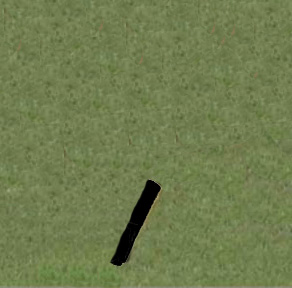 Thank you gentlemen. I'll take it from here.

Paul Rhoads! What are you doing here?

We've been looking for this staff for five years now and never knew where to look. Then one of Mr. Brownlee's high school students overheard Coach Ferentz mention the staff and that you knew where it was.

But why do you want it?

Don't you idiots get it, this staff controls AIRBHG. With it in my possession, Iowa will never start a running back again and soon Iowa State will reign supreme. Now gentlemen start digging.

Brownlee and O'Meara dig around the staff for the next 30 minutes, until it begins to start tipping

Alright, stand back. I'm about to pull this staff free and begin a new era as the Cyclone State.

What are you doing?

It just dawned on me. Coach Ferentz wasn't saying Airbag. He was saying AIRBHG! The Angry Iowa Running Back Hating God!

What does that even mean?

Just grab hold of the piece of staff that we have. If this is anything like Indiana Jones then something bad is about to happen when that staff gets removed.

Wow, I can feel the power coursing through my veins. You are in deep trouble Canzeri and don't get me started on Brad Rogers.

Suddenly, the sky comes alive with fire and the winds begin to gust.

While celebrating, Rhoads gets caught by the wind and topples backwards into the recently dug hole, the staff flying from his hands.

(yelling over the wind) Paul! Did you ever play running back in high school at Ankeny?

No, you idiot! I played some in middle school, but that's it. Now how about you numbskulls help me out of this pit.

So technically you were an Iowa running back, right?

What? Yeah, sure. Whatever.

Suddenly, a tail of fire strikes Rhoads' knee and the Iowa State coach collapses on the ground

The winds blow harder and sends the staff, now glowing, straight into the air before sending it straight back to earth, impaling it again in the hole. Things become calm again.

Alright, hurry up and grab the staff. And whatever you do, don't drop it.

I don't know what else to say, you two have just done the Iowa football program and this country a huge favor. A Cyclone Nation? That would be the apocalypse.

Coach Ferentz, we've seen personally what this thing can do. I really think you should keep it in a secure place and even have a group of scientists study it.

Yeah, that thing can be extremely dangerous in the wrong hands.

Don't worry gentlemen, we have top men working on it right now. 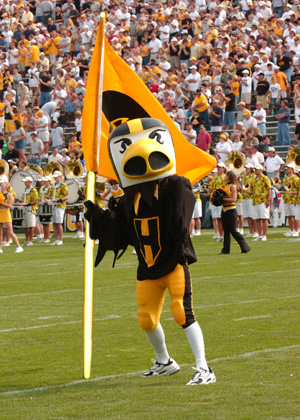