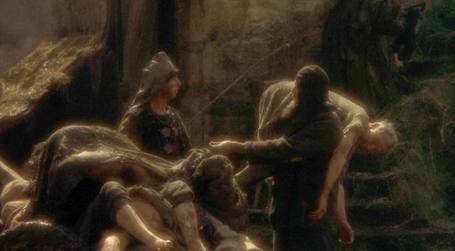 It's been rumored for weeks.  Now it's official: The Big Ten will move to a nine-game football schedule, starting in 2017.  From the official press release:

"And over time, it not only builds a brand but builds value."

"It's better for our fans. If you look at the 12th game, more often than [not] it's been someone in the lower division or out of our division. I don't think that has great value to our fans. ... We can't expect people to attend games the way they have and grow the attendance without giving them the best we can possibly give them."

Delany acknowledged that the majority of Big Ten coaches opposed the increase to nine league games. The change will eliminate a week of games typically played against weaker FBS teams or FCS schools, and add six more losses for Big Ten teams.

"That might mean somebody's not [bowl] eligible," Delany said. "It probably makes it a little harder to get to a second BCS [bowl] game, with the addition of the [Big Ten] championship. So those are negative considerations, which were all evaluated. But when everything was evaluated, in terms of what a conference was supposed to be, the value to our fans, the building of the brand, the change made sense."

I get that the nine-game schedule means more interdivisional conference games, and that more intraconference games likely means better brand value and potentially more television revenue (though you are taking six games per season out of your inventory, the replacements are likely more desirable), but Delany is either patently wrong or blatantly lying about the effects this will have on non-conference scheduling.

Let's take, oh, say, IOWA, which has repeatedly claimed that it absolutely requires seven home football games per season to balance the books.  Under the nine-game schedule, Iowa will play five conference road games every other season; with the twelve-game maximum schedule, the schedule mandates all three non-conference opponents must come to Kinnick if they are to reach the magical seven home games.  Iowa also has contractual obligations to play Iowa State, with location rotating annually between Iowa City and Ames.  Obviously, Gary Barta is already on the phone with Jamie Pollard (and potentially Dan Beebe, considering BXII is also at nine games and Pollard has a new scoreboard to pay for) trying to schedule ISU in Kinnick for 2018.  If he's successful, Iowa can then schedule two more home games and still make it to seven.

Iowa has a history of decent-to-good non-conference scheduling, with schools like Arizona, Arizona State, and Pitt recently signing on for home-and-home series with the Hawkeyes.  In fact, both Barta and Ferentz have said their typical non-conference scheduling philosophy is Iowa State, a comparable BCS-level opponent, a MAC bodybag, and a I-AA bodybag.  For the sake of our hypothetical, let's assume Iowa continues with that philosophy and schedules Missouri for a home-and-home beginning at Kinnick in 2018.  Iowa then supplements with just one tomato can -- as Delany suggests will happen -- and gets its seven home games.

Now turn the calendar to 2019.  Iowa has five Big Ten home games and only needs two non-conference home games to fill their quota.  It would be easy, except Iowa has a return trip to Ames and a contractual obligation to go to Columbia, with only one other spot.  In a twelve-game schedule, it's impossible to get to seven games.  And that means that there is no Mizzou, no Pitt, no Arizona.  There is just Tennessee Tech, ad infinitum.

This doesn't just affect Iowa, either.  Most Big Ten teams have rivalries with BCS-level teams or a history of scheduling BCS-level opposition.  Michigan, Michigan State, and Purdue have long-standing series with Notre Dame that will now either go away or require cupcakes in the other two spots.  Ohio State has scheduled Texas and Miami in recent years.  Penn State is finishing a home-and-home with Alabama (and has some Notre Dame history of its own).  Nebraska regularly schedules teams like Washington from the Pac-12 and is reportedly in low-level talks for a series with Oklahoma which now looks unlikely.  The fact is, such an arrangement makes scheduling seven games nearly impossible and ensures a parade of overmatched opposition in your home stadium.  For those lamenting the state of non-conference scheduling, it's disastrous.

Contrary to Delany's assertions that his conference's teams will be losing one game against St. Mary's School for the Blind, the fact is that it locks in body bag games as the revenue stream of choice.  Rather than giving teams the freedom to schedule tough out-of-conference opposition on the only terms available (home-and-home), it mandates highly-reimbursed rabbits to be fed to the wolves fill every team's schedule.  Rather than giving fans intriguing non-conference games, it ensures the very opponents Delany claims give his fans so little value remain on the schedule.  Rather than strengthening the conference's scheduling, it only further dilutes the non-conference slate and reinforces the perception that the Big Ten is a regional conference too afraid of life outside its walls to schedule with the SEC or the Pac-12.  We don't need your holy grail, everyone.  You see, we've already got one.