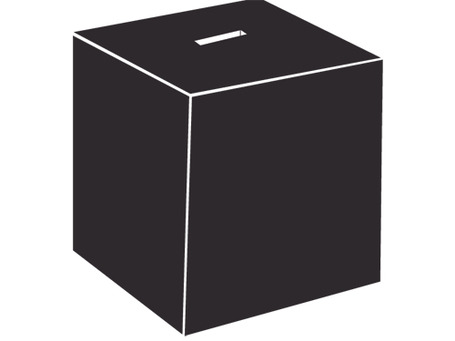 The Iowa Lottery announced recently that it has struck a sponsorship deal with the athletic departments of Iowa, Iowa State and Northern Iowa.  On Friday, the details of the promotion were announced in a press conference headed by Iowa Lottery spokesman Charles E. Jackson .  BHGP was there, and has this transcript:

There will be a black box, sponsored by Midwest Box Mfg. and featuring attractive etchings of typical Iowa scenes, that we will place at the center of the field at halftime of their respective homecoming games.  Local school-children will be encouraged to enter the contest, and then we will have the parents of the children come on the field and draw their names and then the winning children will get a ... prize.

Can you be more specific about the prize?

Well, we'll read their name off in front of the crowd.  Then we'll give them a medal... and then we'll... hahumnahfrumnahum.

What was that last part?

We can't go into the specifics of the prize.  We wouldn't want to ruin the ... surprise.

You expect us to just accept that answer?  And what is going on with your face? 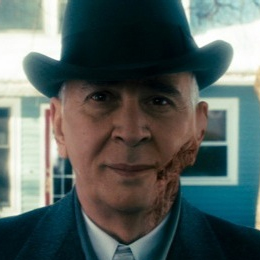 It's that noticeable, is it?  I thought the concealer might help, but ... Well, that is from another sports/lottery partnership I organized in Virginia. There were ... complications. But that is none of your concern.  As for the prize, it's just beyond that door there if you would like to see it.

What happened to Marc? 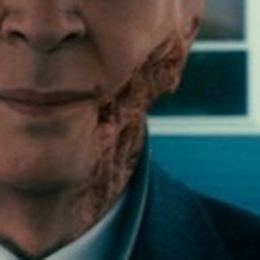 Umm... never mind.  So what is the point of this lottery?  Are you raising money for some worthy cause?

The worthiest cause: Iowa football excellence.  You see, we at Iowa Lottery believe that there is a balance to the universe.  You can call it a life force, chi, karma, or, as we at Iowa Lottery do, the Norse pantheon of Thor, Odin, Frigga, Baldur, Hel and Loki.  No matter what you call it, though, there's no avoiding the fact that success on the terrestrial plane does not come free.

Ohhhhh-kay. So what are you saying, exactly?

Nothing. Nothing at all. Fun lottery, cute kids, that's all.

And what is the sponsorship worth to the universities?

UNI kind of gets the shaft, no?

Well, they also will have to supply fewer children.

I mean they will be supplied with fewer prizes for their lucky child winners.

Okay, there is obviously something going unsaid here. Something weird.  There's this creepy guy missing half a face wearing a bowler hat and talking about a lottery and a black box, Marc Morehouse is missing... I would be remiss as a journalist if I didn't ask some tough questions about this "sponsorship".

Yes? [signaling to henchmen behind him] What do you want to know?

It's about the box.

What about it? [Henchmen advance slowly]

What in god's name is that design on the black lottery box?  It looks like a farmer handing his kid over to a mob of people who are all holding corn cobs menacingly in their hands.

Well, come on, this is the cheesiest thing I have ever seen.  Not all Iowans are farmers you know.  And what does this even have to do with football?

[holds henchman back, confers with assistant] So... you don't like the design?

No, I don't, and you should know the Twitter response is highly negative as well.

And is that in reference to the design?  Or the kid lottery?

The design, of course!  Stop trying to distract from the real issue with your stupid promotion.

[motioning henchman back] You know, sir, upon reflection I think you're 100% right.  The design is insensitive and "corny" if you will, and we can do better.  We'll even open the box design to a state-wide ballot.

Yes. Entrants will just provide their names, addresses, phone numbers and hours when they will be home alone, and we will select the winner in the next two weeks.

Wow, this sounds like a lottery where everyone is a winner!

Indeed... and Loki most of all. Iowa sports and the Iowa Lottery: It's a Great State Tailgate!