Share All sharing options for: Players to watch for in 2011: Derek Moye - Penn State

In the last two years, he has caught 101 passes for 1670 yards and 14 touchdowns.  Holds a career average of over 16 yards per reception.  Got third place in a karaoke contest at a local bar for his surprisingly decent rendition of Bohemian Rhapsody.  He once sucked a golf ball through 50 feet of garden hose.  Sort of knows how to change a tire.

Why should you not be worried about him?
What is the most likely outcome?

He looks like he has pretty good hands, so BHGP was forced to plant a spy at PSU's practices and secretly replace all the footballs with things that no one in the world would ever want to catch. 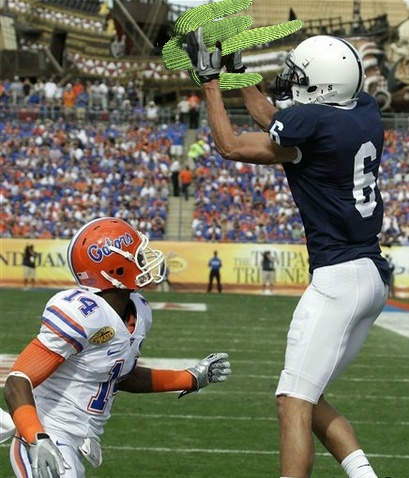 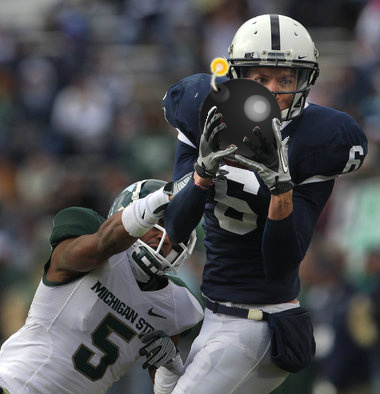 More after the jump... 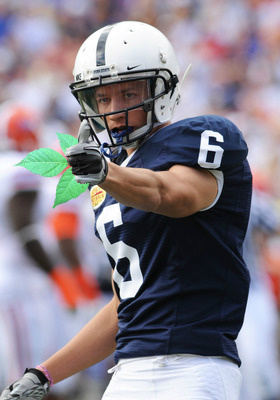 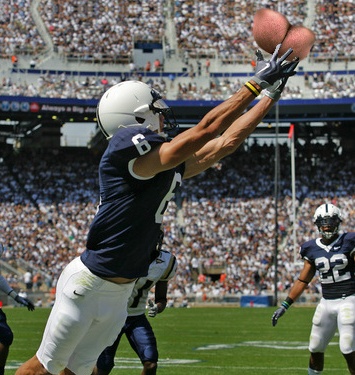 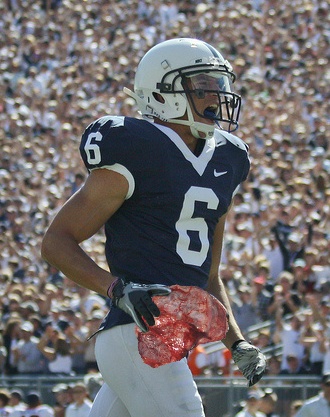 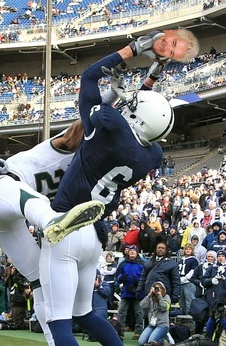 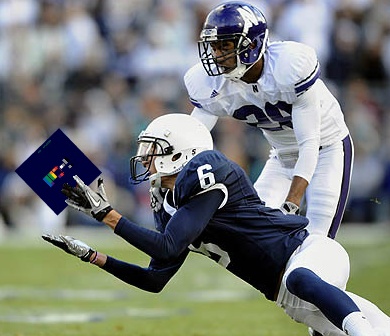 At this point, I'm pretty sure he'll be gun-shy enough to get the fuck out of the way of anything thrown in his direction for the rest of his life.

Predicted Stat Line:  16 targets, 0 touches.  Pretty good if it were a dodgeball game.