Players to watch for in 2011: Ken Dorsey - University of Louisiana Monroe

Share All sharing options for: Players to watch for in 2011: Ken Dorsey - University of Louisiana Monroe

What hasn't he accomplished?  He's completely rewritten the school record book.  He has over 9500 passing yards, 86 touchdowns, 668 completions and 38 victories as a starting quarterback.  He's passed for over 200 yards in a game 31 times, he once threw 193 consecutive passes without an interception, and went 31 consecutive games with a touchdown pass.  Not exactly a lightweight.

Why should you not be worried about him?

Marvin McNutt roasts him.  Like, for real.  He jams a goalpost up his ass and roasts him like a marshmallow. 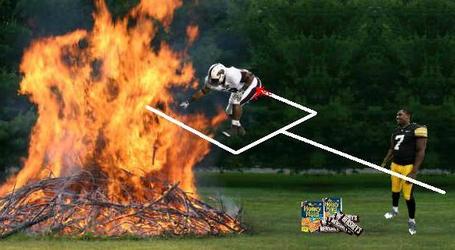