Share All sharing options for: 2011 IOWA HAWKEYES PREVIEW AS WRITTEN BY A BORED HIGH SCHOOL STUDENT 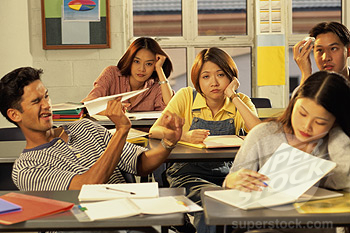 Last week, we were asked by Pitt blog Cardiac Hill to preview the 2011 Iowa Hawkeyes for a series they were doing on non-conference opponents.  Obviously, writing a preview of an entire football team is long and complex, and it's been a little busy around here, what with Big Ten Media Day and Hamsterdam and all.  So we did what we always do: We hired a bored high school student write it.

Iowa likes to use running plays when playing on offense in football.  Some running plays go left, some running plays go right.  Most teams use the same running back for plays that go left as they do for plays that go right.  There are many factors in a running back that have to be weighed carefully every time.  The Iowa Hawkeyes football team will likely use Marcus Coker as their running back on most running plays.  He is very fast and strong.  When weighing these factors, most teams weigh fastness and strength.  Marcus Coker ran for 219 yards and two touchdowns in the 2010 Insight Bowl, which is a college football game played between the Iowa Hawkeyes and the Missouri Tigers.  Iowa and Missouri border each other.  They are both Midwestern states.

Wide receivers catch the ball when the quarterback decides to throw the football.  Wide receivers run in patterns called pass patterns that they decide before the play.  Iowa has two wide receivers named Marvin McNutt and Keenan Davis.  Marvin McNutt used to play quarterback for the Iowa Hawkeyes, so he knows a lot about football.  He is very tall and fast.  He caught 53 passes in 2010 for 853 yards and 8 touchdowns.  Touchdowns are worth six points, but a team can kick another point called the extra point to score seven points.  Keenan Davis is a new receiver.  Derrell Johnson-Koulianos got in trouble with the police and missed the Insight Bowl game between the Iowa Hawkeyes and Missouri Tigers.  Derrell Johnson-Koulianos is now playing for the Philadelphia Eagles.  Michael Vick plays for the Philadelphia Eagles, too.  There are a lot of factors that go into a redemption story.  Keenan Davis is a junior.  Iowa has a wide receiver coach named Erick Campbell.  His friends call him "Soup" because his name reminds them of Campbell's Soup.  Erick Campbell used to coach at Michigan.  There are a lot of factors that go into driving your college football program into the dirt.

Tight ends are like big wide receivers who also "block" defenders during running plays.  Iowa has two tight ends.  Their names are Brad Herman and C.J. Fiedorowicz.  Brad Herman is a very large person.  He is the best tight end and he catches most of the passes.  C.J. Fiedorowicz is even bigger than Brad Herman!  Many people have said that they think C.J. Fiedorowicz should play on the offensive line instead of tight end.  C.J. Fiedorowicz once wanted to play for the Illinois Fighting Illini, but he changed his mind.  There are a lot of factors to consider when choosing where to go to school and play football that must be weighed carefully every time.

Linebackers are players who are put behind the defensive line to tackle running backs and tight ends.  Iowa has three linebackers.  They are good linebackers.  James Morris plays middle linebacker, which is like the quarterback of the defense because he calls the plays in every game.  He is a sophomore.  He only played last year because three other players got hurt and there were no more linebackers on the Iowa Hawkeyes!  Tyler Nielsen plays outside linebacker.  He is a senior and a "team leader" on the defensive team.  There are many factors to weigh in deciding on a team leader.  Tyler Nielsen broke his neck last year, but he is still playing football for the Iowa Hawkeyes.

Shaun Prater plays cornerback, which is like quarterback only the opposite.  Cornerbacks play against the wide receivers and try to stop the wide receivers from catching the pass.  Shaun Prater is very good at playing against wide receivers.  He is a senior.  He might some day get a chance to play in the National Football League.  He thought very long and very tough about going out for the National Football League this summer, but he weighed the many important factors and did not go.  He will go next year.  There are also safeties, which are the defensive players who play all the way back behind everyone else.  Micah Hyde is one safety, and Jordan Bernstine is probably the other.  They have never played safety before, but the first two safeties are now playing in the pros.  Micah Hyde had two interception returns for touchdowns last year even though he only intercepted one of the passes.  A player once pitched him the ball after an interception and he ran for a touchdown.  You can pitch the ball to a teammate if he's behind you.