Players to watch for in 2011: Brandon Lindsey - Pittsburgh

Share All sharing options for: Players to watch for in 2011: Brandon Lindsey - Pittsburgh

In 2010 he led the Big East in tackles for loss and was second in sacks. Ranked 16th nationally in both categories.  Can play with a hand down, or as a hybrid OLB.

He was 2nd Team All-Big East!

Why should you not be worried about him?

It's the fucking Big East.

Riley Reiff will stuff him into his lower lip like a dip of chew. 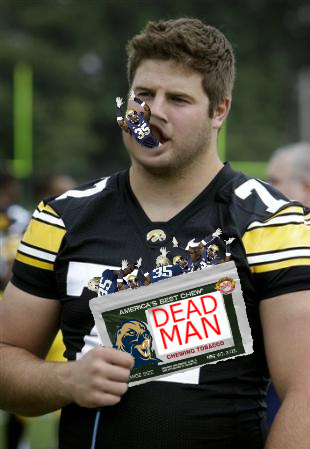