Players to watch for in 2011: Tim Benford - Tennessee Tech

Share All sharing options for: Players to watch for in 2011: Tim Benford - Tennessee Tech

In 2008 he led the Ohio Valley Conference (that's a real thing) in receptions with 68, which was also a school record.  Also had 782 yards and 9 touchdowns.  Followed up a disappointing 2009 season with 50 catches for 812 yards and 10 touchdowns last year.  Had 8 catches for 177 yards and 2 TD's against Missouri (double-directional Missouri, that is). 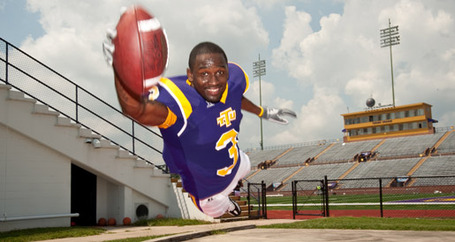 Why should you not be concerned about him?

Their team only has one Tim Benford.  Even with seven Tim Benford's, they'd still be pretty fucked.

On the first 3rd and long of the game, Shaun Prater picks Benford up above his head and gorilla presses him for the entire play. 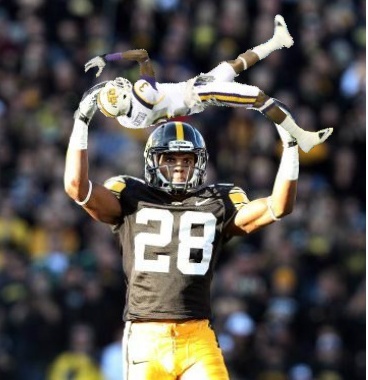 As the Tennessee Tech punting unit comes onto the field, he surgically attaches Benford to his back. Prater then proceeds to wear him around for the rest of the game like he's a Japanese girl with a brand new Hello Kitty backpack.  Next time they attempt to throw his way, he intercepts it and runs it back for a touchdown. 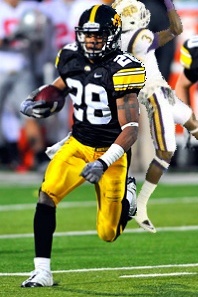 *Could be a different Tim Benford