Share All sharing options for: Jim Delany Hates Sunlight, Puppies, Plus Ones 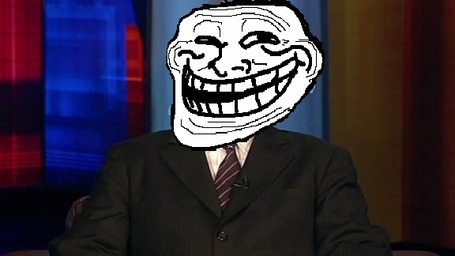 So Friday night there was a report circulating that Pac-12 and Big Ten athletic directors had "found consensus" on a proposal for grafting a plus-one concept onto the BCS. According to the report in The Seattle Times, the proposal would work like so:

The proposed format the ADs favored in a straw vote calls for adding a BCS bowl, probably the Cotton, and seeding the top four teams, which would play semifinals in two BCS bowls on a rotating basis. Presumably, the current BCS formula still would be used to rank teams. Winners would advance to a title game in what has become known as a "plus-one" format.

In this format, the Rose Bowl wouldn't host semifinal games in exchange for the right to preserve an annual matchup of the Big Ten and Pac-12, but would host the title game every five years.

This seemed like a fairly workable compromise. The "plus-one" concept erases some of the unfairness present in a system designed to give a title-winning opportunity to just two teams (the bitching would probably move from the third-place team to the fifth-place team, but c'est la vie), without creating a larger playoff structure that could jeopoardize the regular season. The plan also allows the Big Ten to keep its traditional Pac 10 12-Big Ten pairing (though it probably have to take the Pac-12 or Big Ten runner-up in years where one of those two teams is involved in one of the semifinal games... which would probably be most of them, actually.)

Mind you, this reported "consensus" was merely the result of a straw poll vote. It wasn't binding and it didn't guarantee anything; it was merely a nice indication that -- possibly, maybe -- the tides were gradually turning in favor of the plus-one plan. According to Jim Delany, though, even that's a bridge too far in this debate. That alleged "consensus"? Didn't happen, nothing to see here, folks:

"To describe the ADs as supportive, I would call that erroneous," Delany said.

Delany declined to comment on whether a straw vote took place and how exactly he knows that a majority of Big Ten athletic directors do not favor a "Plus-One."

"I'm not going to go into the guts of the meeting and where our ADs are or are not," he said. "I can just tell you they are happy with the Rose Bowl and happy with the status quo."

Of course Jim Delany knows, because Jim Delany programmed the mind control ray that zaps every Big Ten administrator as they sleep. And so the wheels of the status quo keep on turning.