"ANF Day" And The Oprah-ization Of The Iowa Football Experience

Share All sharing options for: "ANF Day" And The Oprah-ization Of The Iowa Football Experience 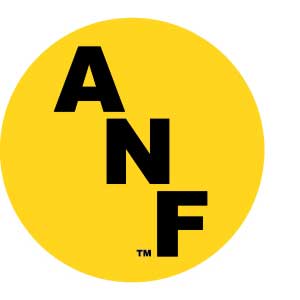 Probably the most newsworthy thing to come out of Iowa's Media Day last Friday was the news that "ANF," or "America Needs Farmers," the campaign conceived by Hayden Fry in 1985 to draw attention to the difficult circumstances facing the American farmer at that time, is coming back in a big way this fall (and for the forseeable future). "ANF" initially appeared as stickets on the football helmets, first seen in 1985, and brought back on Iowa helmets in the past few years, first in a snazzy new re-design and, more recently, in their classic form.

Starting this fall, though, the "ANF" campaign is getting much bigger than a few stickers on Iowa football helmets. In addition to official "ANF" merchandise (some of which is already available), they're designating the northwest corner of Kinnick Stadium as "ANF Plaza," with plans to add a plaque commemorating Hayden's efforts and a Wall of Fame by 2012. They're also adding an annual "ANF Day" during football season to draw special attention to the campaign; the 2011 incarnation will be at the Iowa-Northwestern game on October 15. (Sources tell BHGP that jNW is planning their own special day commemorating an overlooked and underappreciated member of the American workforce, so get ready for "America Needs Daytraders Day" when Iowa heads to Evanston in 2012.)

My initial response was "this is great." Hayden's legacy at Iowa is full of tremendous ideas and innovations that have defined the program for thirty years (and counting) and the "ANF" notion was one of his less-renowned -- but still really good -- ideas and seeing it get a little more play is nice. And farming is very near and dear to my family, so I'm naturally appreciative of any effort to give it more recognition. On that level I'm very happy to see the "ANF" campaign getting expanded and pushed more widely; it's a good cause and a natural fit for Iowa.

I'm also a little wary. Iowa plays Iowa State on September 10th in what used to part of the Hy-Vee Cy-Hawk Series and what will still be the Battle for the Object Replacing The Cy-Hawk Trophy. Their game with Pitt the following week has been designated as this year's "Be Bold, Wear Gold" game. In addition to now being the first annual "ANF Day," the October 15th Northwestern game was already this year's "Black and Gold Spirit Game." The Indiana home game a week later is Homecoming. The Minnesota game the week after that is The Battle for Floyd of Rosedale. The Michigan State game on November 12th is UI Family Weekend, Fan Appreciation Day, Senior Day, and this year's "Blackout" game. And the Nebraska game on Black Friday is, of course, the first-annual "Heroes Game."

That's, uh, a lot of "special" games -- over half the schedule, in fact. If everything is special, then is anything truly special?

Obviously, not all "special games" were conceived of or operate as equals. Some, like Homecoming and Floyd of Rosedale, have been around far longer than most (any?) of us reading this blog have been alive (unless we have readers over the age of 77, in which case: hell yeah and rock out, but do so safely; BHGP cannot be held liable for any broken hips that may result from too-forceful rocking out) and evolved organically (or at least quasi-organically). Some, like the color-specific games, were ideas pilfered from other teams and schools and adopted as new Iowa traditions. And some, like "The Hy-Vee Cy-Hawk Series" and "The Heroes Game" were seemingly the product of corporate groupthink and awkwardly grafted onto pre-existing history between teams. And, individually, none of them are bad (although my misgivings about the "Heroes Game" remain), but collectively? When is too much of a good thing just too much? When does a game stop being a game and become a platform for something else?

Part of this is a frustration with the Iowa athletic department's insistence that more is always better; if something worked once, we could (and should) keep doing it over and over. The initial "gold rush" game against Ohio State in 2006 was utterly spectacular -- it was, until shortly after kick-off, one of the most electric atmospheres I've ever experienced in Kinnick and produced some dazzling photos. Subsequent "gold rush" games have been fine, but nowhere near as electrifying as that game. Part of that is the choice of opponent, of course -- a Labor Day weekend game with UNI isn't going to match the fervor of a primetime game with the #1-ranked Buckeyes -- but part of it is also just the idea becoming rote. Similarly, last year's "Black and Gold Spirit Game" was, to the surprise of many (me included), also fantastic, both in atmosphere and color-coordination, leading to some equally dazzling photos. Does anyone think the sequel against jNW this year will be as good?

Ideas like this tend to be fun the first time, but then diminishing returns kick in. Keep them around and they threaten to turn into stale gimmicks and before long you have things like the Panchero's burrito lift. (Okay, that's a lie: the burrito lift was never fun.) Eventually you're left with a confined, homogenized Iowa football game experience. We aren't there yet, but we seem to edge nearer every year.

Again, this is not to diminish "ANF Day," which is a fine idea and a worthy cause. But maybe we can slow down on trying to tack an extra layer of "meaning" (or merchandise) on so many games and let the football games be just that: football games. That is still why we show up at Kinnick or tune in on TV every week, right?