As pretty much everyone expected, the now-annual Iowa-Nebraska rivalry will be getting a trophy, to be debuted at Big Ten Media Days on Friday:

They’re going to announce a sponsor and unveil a trophy for the Iowa-Nebraska football game.

It’ll happen around 7 am at the Big Ten’s annual gathering of media and coaches/players in Chicago.

Officially, we'll have to wait until Friday morning to find out who the sponsor is (realistic guess: an ag-based or insurance company) and what the trophy looks like (boring guess: something agriculture-related or something with generic football iconography and/or some sort of nod to the two programs' respective football histories -- perhaps half-assed representations of Nile Kinnick and Tommie Frazier).  Unofficially, BHGP Spyz have uncovered top-secret information regarding the Iowa-Nebraska rivalry trophy. 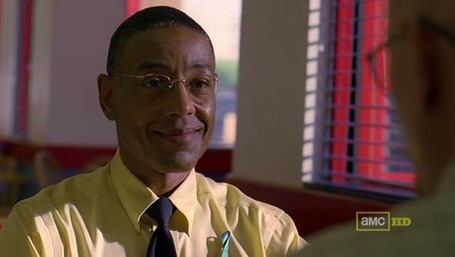 Service with a smile. 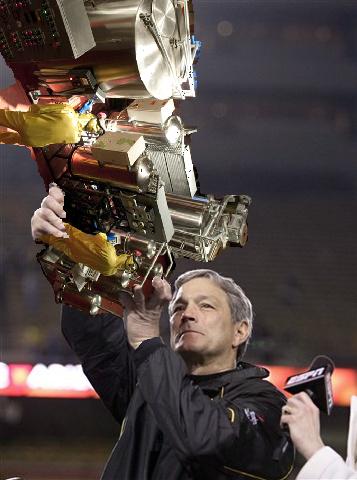 Pioneering the use of dioramas as trophies.

Bring on The Meth Wars.