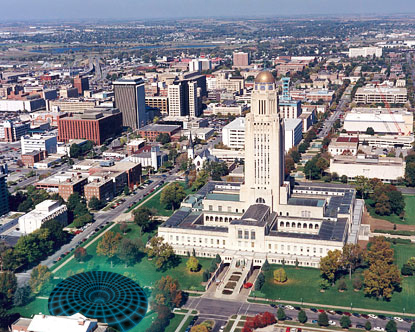 I didn't see this game (that women's world cup game unfortunately kept going and going), but Matt Gatens had 18 on 7-14 shooting, Melsahn Basabe had 17 on 8-16 shooting, and Falbo's defeated the Eric May/Andrew Brommer/Josh Oglesby team in the first round of the PTL playofs.  Falbo's will play Bryce Cartwright's team in the semifinals Tuesday at 6 p.m.

Playing without Devyn Marble, who was nursing a sore ankle from last Tuesday's game, Monica's/L.L. Pelling nevertheless fought to the last second and nearly pulled off the victory over the Zach McCabe/Ali Farokhmanesh Jill Armstrong team.  McCabe carried most of the scoring load for his team, notching 26 points on 12-19 shooting (he also grabbed 11 rebounds).  This was an entertaining game with a lot of back and forth scoring, athletic plays from Wes Washpun and ex-Hawkeye Darryl Moore (who on one play went up and blocked the opposing center's layup literally at the rim), dominant play inside by incoming Temple freshman Anthony Lee (35 points on 16-28 shooting and 21 rebounds) and even a refereeing controversy toward the end: Lee got called for an iffy travel and expressed his disagreement verbally; the ref proceeded to call several equally dubious calls on Lee, prompting more incredulity from Lee and loud expostulations from the Lee supporters in the stands.  It was pretty funny.

One unusual note about this game was that McCabe played a lot of power forward.  He was stuck guarding Lee or Devon Archie on most plays, which obviously didn't work out too well from a defense or rebounding point of view, but his offense inside was a pleasant surprise.  He had two threes, but otherwise he scored his points on soft touch shots or layups within 6 feet of the basket.  I wouldn't have pegged McCabe as a power forward, but given the Hawks glut at small forward (even post-Hubbard), I wonder if he'll see time at the four behind Basabe.  His three-point shooting is still not great, and leaving him out on the perimeter wastes a lot of his rebounding potential and his ability to score inside.  Plus he seems to do better defending fours than speedy threes.

There was a larger story in the air Sunday, of course. Anthony Hubbard's sudden decision to leave the school has generated a good deal of speculation and reporting about the matter.  Here's a selection of what people in the press are saying:

And just to add my two cents in (leaving the rightness of his departure aside), I do think losing Hubbard is a serious blow for this team, purely in basketball terms.  Several writers have noted that we have depth at guard and small forward and that May is equivalent to Hubbard in athleticism, but I'm not convinced.  The first point is irrelevant -- the depth would only help us if it was at the same level as Hubbard, and in my opinion, it's not -- and the second point is simply not true.  May is athletic, sure, but in terms of being able to beat good defenders off the dribble, he lags far behind Hubbard.  That's partially due to Hubbard's quickness, but also to May's only so-so handle and limited repertoire of moves.

And that gets to the heart of what Hubbard would have brought to the Hawks (and what they'll miss without him): the ability to a) beat a player off the dribble, and b) get fouled.  Hubbard did many impressive things in the PTL, including rebounding like a power forward and defending several positions, but the most impressive thing was the sheer number of free throw attempts he generated.  He shot poorly from the line (56% I think?), but in the five-foul NCAA, drawing fouls is a very useful skill to have.  And the Hawks were bad at that last year, rating 7th in the Big Ten and 258th in the country in free throw rate (free throws made/field goal attempts).  The Hawks have some skilled players, but very few who can create offense off the dribble.  Bryce Cartwright is an exception, but he doesn't have the size and strength to draw many fouls.  This lack of speed means that Fran McCaffery is forced to resort to lots of screens and dribble hand-off plays to get players like Gatens, May, and McCabe momentum.  It resulted in a lot of congestion, turnovers, and a league worst offense last year. Devyn Marble has shown some promise as an off the dribble creator, but even his game is more about shooting over the defense than going at the defense.  So, yeah, we can be mad at Hubbard for leaving us in the lurch, but let's be honest about what he would have done for the team.  The team will carry on, it's not the end of the world, but a loss is a loss.  All you can say is: "That's a bummer man, that's a bummer."