Share All sharing options for: The Big Ten Put The Football Championship Game In The Wrong City In Indiana

Yes, I already FanPosted the news, but it occurs to me that this Big Ten Championship Game-to-Indianapolis news is still annoying.  Not because they're putting the game in an anti-septic bubble to appease big-money donors and promote some asinine sense of fair conditions (never mind the fact that both teams would still have to play in hypothetical inclement weather or that a climate-controlled dome may provide the equivalent hypothetical advantage for offenses built on speed and passing that inclement weather may have provided to teams built on power and rushing).  Not because they're putting the football championship game in a basketball-mad state.  Not even because in terms of "cool places I'd like to spend a weekend" Indianapolis isn't even in the same notebook as Chicago.  And not because it could provide a homefield advantage* to the Big Ten's native Hoosier State teams, Indiana and... that other one that's listed in some of the literature.  "Purdue," I think it's called.  (The one that, if they actually exist, would be Our Most Hated Rival.)

No, it's annoying because if they were going to put the game in Indiana, there was a better choice than Indianapolis, dammit.  That's right: Pawnee: The Factory Fire Capital of America.

Why, it's a city so progressive that it supports women boxing men: 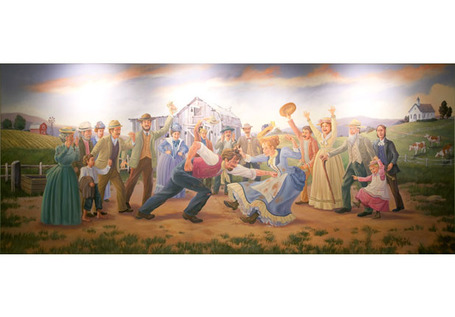 It also knows what to do with filthy communist Russian intellectual-types: 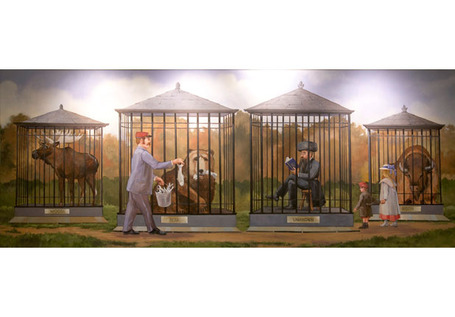 And Pawnee did prove their big event bona fides with their kick-ass Harvest Festival this year.  So, really, Jim Delany, please reconsider your terrible decision to place the Big Ten Championship Game in Indianapolis.  There's still time to change your mind.  Find a heart in that withered husk you call a body and do the right thing. If nothing else, do it in the memory of Li'l Sebastian: 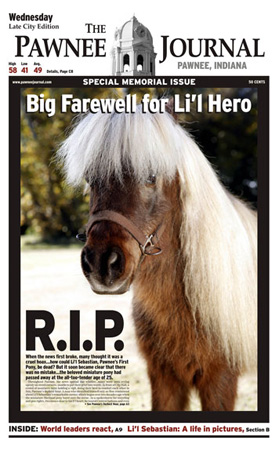 TFJ to commenter Ill Jukes and the power of synchronized thinking.  And watch Parks and Recreation if you're confused; you'll be less confused and more entertained.