Share All sharing options for: It's Not Plagiarism If You Link To It Knows You Don't Smoke Peyote

It's Not Plagiarism If You Link To It is BHGP's regular news roundup. Send all tips to any of the email addresses at the bottom of the page. Please do not send me any more offers for "free" iPads. 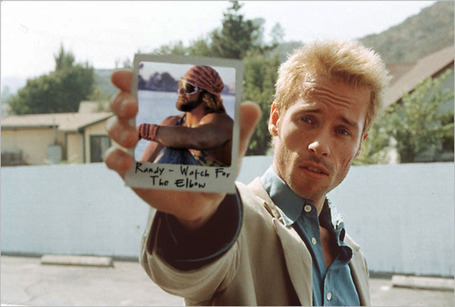 You play to win the game produce NFL draft picks.  In case you'd forgotten how much the 2010 Iowa football team underachieved and disappointed, good news!  The NFL draft should have done a banner job of reminding you of that sad fact:

Of the five Iowa teams that have had at least five players taken in the NFL draft under Ferentz, the 2010 squad is the only one that failed to win at least 10 games.

Go Iowa awesome!  Breaking the mold!  For the record, the 2010 team produced six NFL draft picks, the most of anyone in the Big Ten.  Nationally, only seven other teams produced six or more NFL draft picks.  Then again, there wasn't much correlation between on-field success and NFL draft success in college football this year.  Only two of those eight teams with 6+ NFL Draft picks won 10 or more games (LSU, Nebraska).  The others all endured fair-to-middling seasons on par with Iowa's: Georgia went 6-6 (and lost to UCF in the Liberty Bowl), North Carolina went 7-5 (and beat Tennessee in the Music City Bowl), Miami went 7-5 (and lost to Notre Dame in the Sun Bowl), USC went 8-5 (and played in no bowl), and Clemson went 6-6 (and lost to South Florida in the Meineke Car Care Bowl).

USC can at least least blame NCAA sanctions that prompted some players to transfer away and North Carolina can point to NCAA ruling that left most of their future draft picks suspended for most (or all) of the 2010 season.  But the rest? They either squandered quite a bit of talent -- or the NFL evidently just took on a whole bunch of fresh lemons. It won't make the 2010 season any easier to swallow, but for the sake of the Hawkeys who were drafted, I hope the former explanation is the one that holds true for the new Iowans in the NFL.

New and exciting methods of pwnage.  After a spring marked by notable Penn State victories at the Big Ten Wrestling Tournament and the NCAA Tournament (as well as a less-notable but still-existent win over Iowa in Big Ten basketball play), we were starting to worry that the worm might be turning in the nature of our relationship with our favorite B1G rival.  There are certain constants in B1G life that we've come to depend on: Iowa pwns Penn State; Iowa will lose to just Northwestern, no matter how good each team is; and Ohio State will kick Iowa's ass (or, in the case of the last two football games, give Iowa a sliver of hope before going all Lucy on our Charlie Brown and ripping the football away at the last second).  Fortunately, spring has sprung and with it has come fresh Iowa wins over Penn State, providing balance to the cosmos.

Iowa took two of three from PSU in baseball this weekend, opening the series with a resounding 11-4 win, then dropping a 3-2 heartbreaker, before rebounding with a 2-1 win in 10 innings to close out the series.  The hero of the day in the latter win was plucky freshman Taylor Zeutenhorst, who hit a single up the middle with the bases loaded to score the decisive run.  The win was Iowa's first series win of the 2011 Big Ten season and kept alive Iowa's slim hopes of making the Big Ten Baseball Tournament:

Another loss would’ve kept Iowa at the bottom of the conference standings and would’ve dropped the Hawkeyes three games behind Penn State for the sixth and final spot in the Big Ten Tournament. With trips to Ohio State and Purdue — teams that entered Sunday tied for second in the conference — the Hawkeyes knew another defeat would theoretically wreck their plans of returning to the postseason.

The win moved them a game behind Indiana and Penn State (currently tied for sixth place).  The odds are still against Iowa making a return trip to the Big Ten Tournament (and duplicating their stirring 2010 efforts, when they were a game away from making it to an NCAA Regional) since they still must make road trips to Ohio State and OMHR (both tied for 3rd in the Big Ten right now) to conclude their season and anything less than a 2-1 mark in both series will probably doom them -- but at least now they have a glimmer of hope.

* All in all, Iowa's trip to the Insight Bowl worked out alright: they exorcised some Arizona night game demons, won a strange abstract flopping fish trophy, and even made a little money from the trip ($382,500).

* Following up on the excellent Run of Play article about the oft-toxic nature of sports fandom, the mothership's Tom Ziller wrote a strong piece defending sports partisanship.  See where you fit into the Venn diagram.

* Finally, if you ever start wondering "whatever happened to Player X or Coach Y," Hawkeye Locator has the hook-up with nifty maps identifying former Hawkeyes in the professional ranks (as well as former Hawkeyes now in the coaching ranks).