To Catch a Predator, Part One

Share All sharing options for: To Catch a Predator, Part One 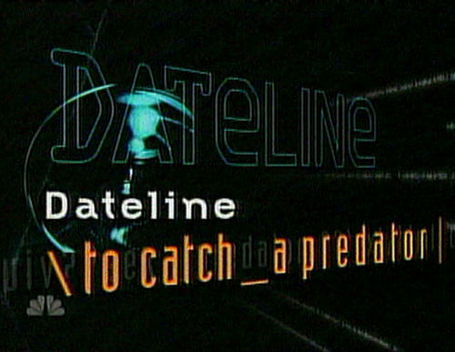 Good evening.  I'm Stone Phillips, and this is Dateline NBC.

Once again, the crew from Perverted Justice are pursuing online predators.

With the results of their latest sting, here's Chris Hansen.

You've seen our investigations of child predators before, but never quite like this.

Never before have we caught so many creepy predators.

Never before have the predators we caught been so famous.

After our last operation, our friends at Perverted Justice decided we needed a slightly different scenario to avoid potential predators discovering our operation.

So here is what they did: They created a fifteen year-old football recruit named "Brian Allen."  Brian is supposed to be a 6'1" 250 pound offensive lineman.  He's actually being played by one of our Perverted Justice decoys.  To make him as tempting as possible to predators, we gave him a scholarship offer from Iowa.  Our decoy made a couple of posts on Rivals message boards to see who would respond.

Our first predator goes by the screen name "ReamerClub" and responded to the Rivals post almost immediately.

He first asked our decoy "have u evr played b4?"  Our decoy replied "no but i want 2" and ReamerClub replied "so ur a fb virgin lol" before saying "Id let u play 4 me"

He asked our decoy "what iz ur favorit position?" When the decoy said "I dunno" ReamerClub said "I imagine u can play a lot of positionz".

He also talked a lot about trains.

After two days of back-and-forth, ReamerClub said he'd come over for an in-home visit.  Our crew and NCAA compliance officers set up at our decoy house and waited.

/drives up to house

Hey! Come on inside!

Mom is making meatloaf for later!

That sounds great!  It's been a long trip.

Go ahead and make yourself a drink.  I'm just going to go move some laundry to the dryer.

It's good.  Very good.  Not boilermaker good, but not much is heh heh

Are you Brian's dad?

Danny, have a seat there. 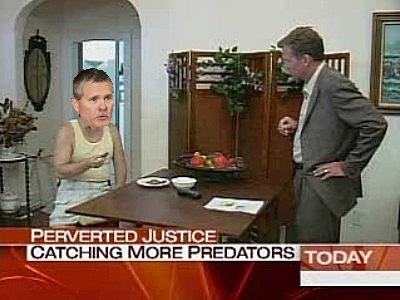 What are you doing here, Danny?

Recruiting Brian? Is that what we're calling it now?  And how did you meet Brian?

What did you chat about?

Did Brian tell you how old he was?

I believe he told me he was...mumbleteen.

FIFTEEN, DANNY.  You were chatting with a fifteen year old.

I don't remember him saying he was fifteen.

I have the transcript here.  It says fifteen.

So what are you doing chatting on the internet with a fifteen year old?

I don't know.  I just have this insatiable need to talk to teenagers about football.

How old are you, Danny?

You're fifty two! Do you think that's appropriate?

It's just part of my job, sir.

What do you do?

So you work with young people like Brian, and yet you also engage in behavior like this.

Where did you drive from?

How far was your trip?

You drove three hours to meet this boy?

Have you done this before?

Many times.  I do this all summer.

So what did you plan on doing when you got here?

Yeah.  I just wanted to hang out.  Maybe see if Brian wanted to play for me.

Well, the transcript shows you certainly wanted Brian to "play for you".  You offered him scholarships, a free room, his choice of starting position.  This is raunchy stuff, Danny.

That's pretty par for the course for me.

Did you really think you'd get a fifteen year old to "play for you" Danny?  Look at yourself.  You're wearing a tank top.  You have that creepy mustache.  You're from a town that doesn't actually exist.  You coach for a Mid-American Conference school...

Actually, Purdue is in the Big Ten.

Yeah, sure they are.

Well, Danny, my name is Chris Hansen, and I'm doing a piece for Dateline NBC on online predators like you.  So unless you have something else to say to our cameras, you're free to go.

I guess all I have to say is, Boiler Up!

I think you should go now.

[voiceover] Little does Danny know that our NCAA compliance officers are in position outside. 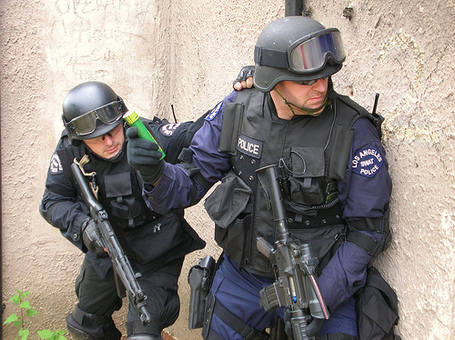 /gets up, walks outside

When we return, a thirtysomething bachelor shows up looking for a tackle, if you know what I mean.