EXCLUSIVE: Paul Rhoads Has A Documented History Of Mascot Abuse

Share All sharing options for: EXCLUSIVE: Paul Rhoads Has A Documented History Of Mascot Abuse

So you think that moose that Paul Rhoads punched in the schnoz the other day was the first time ol' Paul has lost his temper and taken it out on a costumed performer?  HA.  Not so, friends.  The dirty little secret of Iowa State football coach Paul Rhoads is that he has a long and documented history of violence against mascots.  Don't believe me?  Gaze upon the proof below: PICS DON'T LIE. 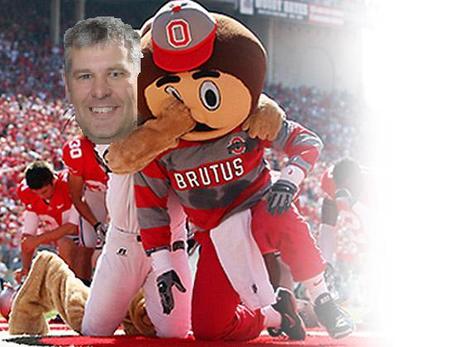 Rhoads employing his favorite maneuver: the unexpected punch to the kisser. 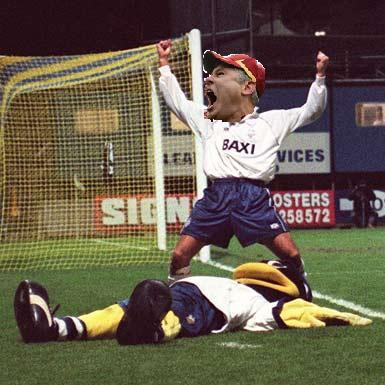 Immediately following this picture, Rhoads completed his victory by reaching down the mascot's throat and ripping its spinal column out via its oversized mouth. 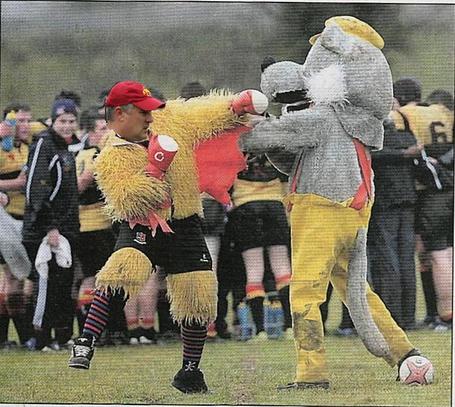 Rhoads is not a fancy technician when he scraps with mascots: a solid jab straight to the oversized snout works just fine for him. 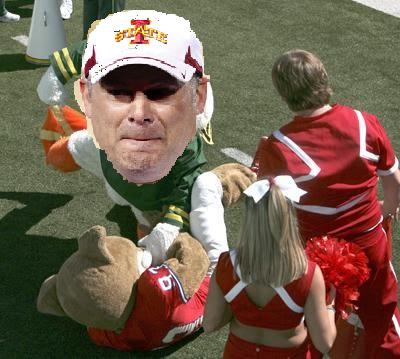 Rhoads was SO GOSH DARN PROUD to unleash his fists of fury on this unsuspecting mascot's giant cranium. 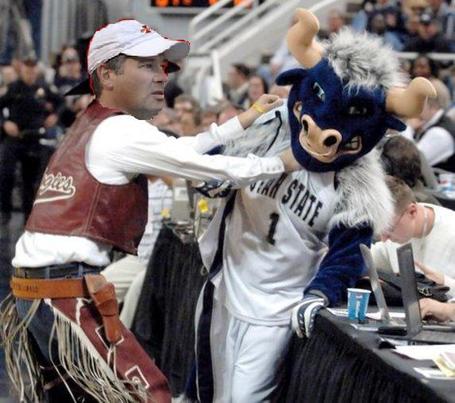 Note that Rhoads' holster is empty; that detail likely saved that mascot's life -- a rage-fueled Rhoads with a handgun is a mascot's worst nightmare. 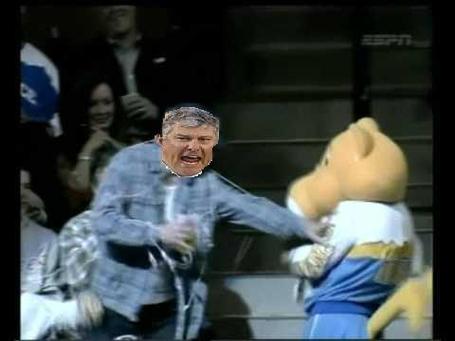 Finally, here we see what happens when you add alcohol to Rhoads' already-lethal cocktail of rage, anger, and hatred: it's not a pretty sight.

Why does Paul Rhoads have an anti-plushy agenda?  What is the source of Rhoads' seething hatred for mascots?  No one knows.  Rhoads did not return our requests for an interview for this story.  But if you're a mascot, a member of the furry community, or some other sort of plush costume enthusiast, be warned: Paul Rhoads is out there and he will not hesitate to punch you in the goddamn face.