Share All sharing options for: It's Not Plagiarism If You Link To It Is Talking Spring Football

It's Not Plagiarism If You Link To It is BHGP's regular news roundup. Send all tips to any of the email addresses at the bottom of the page. We promise to only publicly mock the really dumb ones.

* Spring Media Day Roundup. Iowa football's Kremlin-like veil of secrecy was briefly lifted on Wednesday to allow members of the media to conduct brief interviews with various players and watch a bit of practice. There wasn't any earth-shaking news, but we did learn a few things.

- Shaun Prater, one of the rhabdo-afflicted players, spoke out on his ordeal (paraphrased: being in the hospital for a week sucks), declined to join the national media's blame game against Doyle or Ferentz, and noted that he'd spent winter break lifting weights and playing basketball to stay in shape.

- Tyler Nielsen provided more details about the neck injury that sidelined him last fall (he probably suffered the initial injury in the Michigan game, two weeks before the pain got so bad he was forced to stop playing during the Michigan State game), the boredom of rehab, and going hunting for wild boar (!) in Arkansas.

- Broderick Binns says "the sky's the limit" for the new-look Iowa defensive line and that no one really knows what to expect from them (true) and that that unfamiliarity isn't necessarily a bad thing (let's hope so). Mike Daniels noted that Iowa defensive linemen have gotten used to filling big shoes, from Matt Roth and Jonathan Babineaux to Matt Kroul and Mitch King to Christian Ballard, Adrian Clayborn, and Karl Klug now. One thing's for sure: these guys aren't lacking for confidence heading into 2011.

- In terms of the practice portion of the media day, Morehouse noted a few things:

What does all this mean? Possibly nothing -- it is just a portion of one practice (out of fifteen total practices this spring) and going into spring football we knew that Iowa would be experimenting with different combinations at all of those positions. On the other hand, it is in line with much of the chatter we heard heading into spring ball (particularly the Hyde-to-free safety move), so there may be some substance to these moves. The most interesting movement is in the secondary, since it involves moving a player (Hyde) from a position he was getting pretty good at by the end of last season (CB) and moving him into a brand-new spot (FS); either he's a savant at free safety or the other options are really terrifying or Lowery is turning heads at cornerback (he's apparently already ahead of Greg Castillo and Willie Lowe on the depth chart). Or some combination thereof. Incidentally, the Morehouse link above also contains a handful of videos shot from the practice if that sort of thing floats your boat.

Also: the Norm-mobile was in attendance.

* Illi-who? So those reports from a few weeks ago that Illinois and Wisconsin would be cycling back on the Iowa football schedule in 2013 and 2014? Totally bogus, says the Gazoo's Scott Dochterman. Wisconsin is one of the two cross-division teams sliding back onto the schedule, but the other isn't Illinois -- it's Ohio State. The upshot is that Iowa won't go four years between Ohio State games (they'll only take off 2011 and 2012). The downside is that Iowa and Illinois will go at least six years between games (unless they meet in the Big Ten Champion -- sorry, I can't finish that sentence with a straight face). Six years! There's no way Zook will still be there in 2015, which is what really makes us sad. In related scheduling news, Brendan Stiles notes that the scheduling isn't exactly random and that there are a few patterns at work. The fact that Iowa is scheduling buddies with jNW is, of course, totally unacceptable. Fuck you, Delanybot 9000.

* The Insight Bowl that never was. Rememember the heady days of early December, when it seemed preordained that we would be getting an early look at the Iowa-Nebraska rivalry with a meeting in the Insight Bowl? Turns out Tom Osborne was thinking the same thing thing:

Q: The fact that the Big 12 sent you to play an opponent you'd already played (Washington in the Holiday Bowl), did you feel like that was sort of a rude farewell?

A: Well, I don't know how much the Big 12 had to do with that. It appeared that the logical step was to go to Phoenix and play in the Insight Bowl against Iowa, which would have been a Big Ten preview. Whether that was something Big 12 officials had something to do with, I don't know. It would have been a logical game, and the Big 12 is tied into the Fiesta Bowl and the Insight Bowl, so I'm sure they had some influence.

It certainly would have been a more logical game than giving the world a Nebraska-Washington rematch no one was dying to see. Still, we'll be getting Iowa-Nebraska in eight months anyway and the Insight Bowl we got certainly provided some memorable moments.

* 3-4 is the new hotness, even at Iowa. Speaking of the Insight Bowl, remember when the Iowa defense introduced a few wrinkles into the gameplan against Missouri and played some 3-4 sets? Mas Casa does and wonders if that was a sign of things to come in 2011. We're not looking at a wholesale switch to a 3-4 -- as Ferentz notes in the article, Iowa simply doesn't have the personnel to do that (although Carl Davis is a more intriguing prospect to be that space-eating DT in a 3-4 than Iowa has had in a long, long time) -- but in special situations? Missouri was hardly the only spread offense Iowa played last year and they'll certainly seeing more than a few this year. It might also be an easy way to get Morris and Bruce Davis on the field at the same time, which could be important considering they could be two of our best linebackers and they're nominally stuck at the same position (MLB).

* South Dakota has always been my least favorite Dakota. On the heels of their win over the Iowa hoopyballers back in November, the South Dakota State Jackrabbits added another win over an Iowa team on Tuesday, with a 7-4 win over the Iowa baseballers in 14 innings. Iowa (9-13) blew a 3-2 lead in the top of the ninth before giving up a bases-loaded double in the top of the 14th inning. The Hawkeyes also lost to the Jackrabbits, 10-5, on Wednesday. At least the women's teams at Iowa can beat teams from South Dakota.

* Iowa's looking into an alleged recruiting violation involving off-campus contact with a recruit during a recruiting "dead zone." Chances are this will be as meaningful as that Ashton Kutcher secondary violation was last fall.

* After Iowa's Pro Day last week, Dochterman also took in DJK's unofficial Pro Day in Iowa City and conducted a nice Q & A with him. As always, DJK gives thoughtful, interesting answers to the questions.

* The walk-on news is flowing in now; in addition to the news of CB recruit Gavin Smith a few days ago, Rivals notes that Iowa also added Adam Cox, a fullback recruit out of Illinois. PlannedSickDays has all your caring is creepy video needs covered. Also: Cox? lawl

* Fifty-four Iowa student-athletes were named to the Big Ten's Winter Academic All-Conference team, including Eric May, Luke Lofthouse, Blake Rasing, and Jamie Printy (who I single out not to diminish anyone else, but because you're probably a bit more familiar with May or Lofthouse than you are the members of the men's gymnastics team). A well-deserved kudos to everyone who made the list.

* "There's something about being in front of a live camera where if that beer is within three feet of me, I'm going to catch it." God bless Stone Cold.

* Finally, the wit and wisdom of Bear Lawyer: 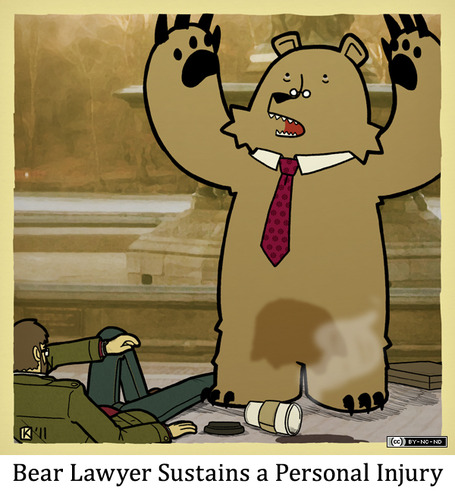