A Crisis of Manhood: Who will be the next great Iowa quarterback?

Share All sharing options for: A Crisis of Manhood: Who will be the next great Iowa quarterback?

Trying to get a group of men to agree on a single definition of manhood, I think we can all agree, is pure folly. But then again, no real man would seek out collaboration to arrive at this answer in the first place (or use the word "folly" for that matter). The definition of manhood has been endlessly discussed and interminably dissected in scholarly tomes and surveying that literature would approach omphaloskepsis, so instead, I'm just going to build on my own notions of manliness and my definition is actually quite straightforward.

Manhood is the opposite of womanhood, right? At least that's what I think the Bible tells us. Besides that being a crudely dichotomous position, it's not a very interesting or helpful definition. Manhood is actually the opposite of childhood. A child is self-absorbed, fearful, and dependent. A man, and certainly a man's man, is bold, courageous, and independent. Thus, we know a man has become a man when he's matured and left behind his childish things. At least this is how I like to think of manhood.

So what does all this manhood hoohaw have to do with the question of who will be the next great Iowa quarterback? Because unlike in the professional football ranks where a team can secure the rights to a fully matured and highly accomplished quarterback to lead their team (and can do so in a pinch if needed...see the Philadelphia Eagles signing of Jeff Garcia in 2006 for example), in the collegiate game quarterbacks must be nurtured and cultivated from boys to men. Building a successful quarterback is a time consuming if not arduous process. No matter how lauded, high school quarterbacks are begin as Sunday drivers and their potential is as reliable as a 10-day weather forecast. Toss in the disappointing reality that today's man has become increasingly resistant to growing up, and you have a potential for crisis every time you lose your ripened starting quarterback. And that's the situation the Iowa Hawkeyes find themselves in today.

Movement from back-up quarterback to full-time starter is extreme and fraught with challenges, both physical and mental, and it will lay bare the truest nature of any emerging man. It would be a mistake to think because we've had a glimpse of James Vandenberg in action, no matter how extraordinary the circumstances under which he has performed, that the interview is over and we can comfortably line him up as the next great Iowa quarterback in waiting. We don't, well, I don't know nearly enough to feel that way. Not by a long shot.

I believe it would take an enormous leap of faith to believe that November 14, 2009 was a definitive trial by fire moment that proves there is inevitableness about young Vandenberg's potential. James Vandenberg does not impress me as a slam dunk athlete who clearly has more potential than A.J. Derby, or John Wienke for that matter. One game or even two (if you want to include his flawed but gritty performance against Minnesota the game following his Ohio State exploits) is hardly sufficient evidence of one's greatness to be. He also has to be accountable to an awful performance against Northwestern, in relief of an injured Stanzi. Meanwhile, we know even less about Derby and Wienke, which shouldn't disqualify either at all but in fact should deepen one's resolve to find out exactly who they hell they are and what they might be capable of. One of them could be the next Ricky Stanzi---a quarterback, you might recall, who toppled a golden boy because of his inability to fulfill his projected promise.

Caution and reserve is called for because the sports world is littered with one hit wonders; players that just could not leverage a stunning moment of achievement into sustained success. So, yeah, Hawk fans would be wise to sleep with one foot on the ground when it comes to James Vandenberg. 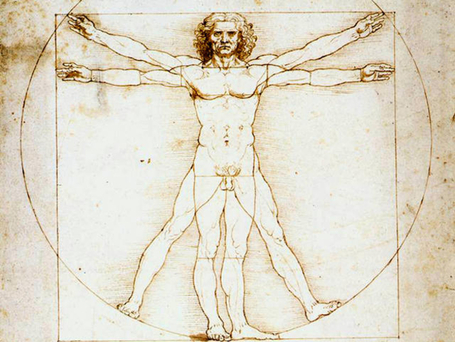 "Nobody was born a man," Norman Mailer once wrote. "Manhood was earned provided you were good enough, bold enough." Maximizing manhood may sound like the tagline for a Viagra commercial, but for our purposes maximizing manhood is the key that will unlock Iowa's impending quarterback crisis. Starting quarterback, much like manhood itself, must be earned, and therefore can also be lost. Just as preventing potential emasculation has forever been a male concern, losing the starting quarterback job must likewise be a concern, because it's motivating. If you've kept up with Marc Morehouse's blog entries of late you know A.J. Derby has been mentioned by Ferentz as still very much in the running at the quarterback position. To me this is good news, because competition at any position, but especially this position, is absolutely critical.

A.J. Derby and/or John Wienke absolutely need to be in the mix at quarterback, and seriously so. It is fundamental to the process of producing Iowa's next great quarterback. Let me count the ways. First, as stated, James Vandenberg is not a proven commodity. His two plus game resume is hardly convincing. He's proven he can get rattled, throw bad passes, make dumb reads, and be slow to pull the trigger, to name but a few criticisms. Meanwhile, A.J. Derby sounds to me like he might be one hell of a competitor, a player who is not going to lie down easily. I admire a player who despite owning a skill set diverse enough for him to hit the field early at another position, nevertheless is committed to his dream. I believe it is FAR too early to move Derby out of the QB race. In my perfect world Derby is scaring the bejesus out of James Vandenberg, if not slowly but surely becoming Iowa's next great starting quarterback.

For some fans a QB battle is discomforting. I have no problem shifting my focus from one guy to the next. None whatsoever. Quarterback is a big fucking deal and I want the right man for the job, even if that means the right man might be frustrating to watch for the first couple of a games. But my larger point is that the quarterback position, and Vandenberg in particular, needs competition. Anointing JV the next great leader before summer two-deeps, as was mentioned by Brad Herman recently, is not doing him or the team any good.

I believe that battles and tests turn out better men. As an example, I would argue that the Ricky Stanzi of 2009 was a more dangerous and more manly quarterback than the Ricky Stanzi of 2010, and for one simple reason: Fearlessness (which to me is what you get when courageousness and boldness hump in the back seat of 1970 Buick Skylark). Unfortunately, Ricky Stanzi became a stock broker in 2010. He managed a game the way a Merrill Lynch financial adviser would manage your money: develop a plan based on oodles of research, put it into action, stay the course. Admittedly, the results looked great on the stat sheet. But they looked bad on the scoreboard. Perhaps Kirk Ferentz is to blame, because he didn't create an environment to help Stanzi maximize his manhood.

Threat and fear are good for a man. It brings out his most essentially manly qualities or lays bare his lack of them. Having lived through a season with Jake Christensen on the sidelines was, I believe, good for Ricky Stanzi. Knowing that he could be lifted any minute for a qualified quarterback---regardless of your views on Jake's abilities---kept Stanzi in the moment. That mindset seemed to carry over to 2009. Stanzi performed with a sense of urgency, at all time --- he was Jason Bourne with shoulder pads. But 2010 revealed a changed Stanzi. One would have thought that Vandenberg might have helped out on this, by being the guy to pose a (semi)meaningful threat to Stanzi, especially after his exploits in the Ohio State game. But in retrospect Stanzi had effectively slammed closed the door to any doubt that might have existed in Ferentz's mind with his Orange Bowl performance, and maybe even before that. Maybe, in fact, there never ever was any doubt in Kirk's mind. What's clear though is that for whatever reason, Ricky Stanzi did not maximize his manhood in 2010.

Even in the age of Ryan Seacrest, man still feels he must prove his manhood to other men, showing courage and passing trials involving danger, contests, and rites-of-passage. Even after the successful completion of challenges, one's manhood must be continually sharpened throughout life. I'm really hoping that A.J. Derby is right in James Vandenberg's grill, making his presence felt. I'm also hoping that Ferentz is not just engaging in coach speak when he says wants A.J. to battle for the job. Because if it is going to be the mighty Vandenberg who is going to win this thing, and if he is to be any good, he's going to need to have his manhood maximized. It might be primitive, but it's true.