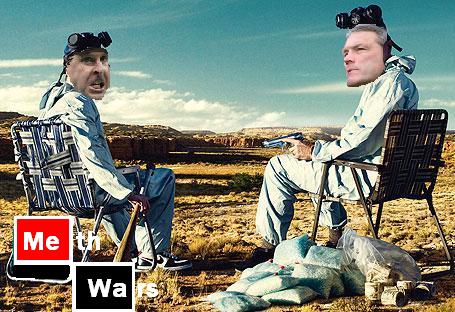 Good news, everyone!  The wait for our too-long-dormant rivalry with Nebraska to be renewed just got one day shorter.  As expected (or at least hoped for) since the 2011 schedule was first released months ago, the Iowa-Nebraska game will be moving to the Friday after Thanksgiving.

The Hawkeyes and Cornhuskers announced Monday that both the 2011 contest, in Lincoln, and the 2012 game, in Iowa City, will be played on Friday. The teams will meet in Kinnick Stadium on Nov. 23, 2012.

Nebraska has a storied tradition of playing football on Black Friday, dating back to the historic tilts with Oklahoma in the '70s and '80s and, more recently, a slew of less-memorable games with Colorado (although anyone with a Husker-hating heart could appreciate the 62-36 neutron bomb Chris Brown and the Buffs dropped on Nebraska in 2001).  Iowa has a less-storied tradition of playing football on Black Friday; in fact, they have no such tradition.  I can't even recall the last time Iowa played a non-bowl game on anything other than a Saturday.  Welcome to the bold new world of the future.

Although it's not formally announced (and might not be for months yet), you might as well pencil this in as a 2:30pm CST game on ABC; that's when Nebraska's games with Colorado have been kicking off the last few years and it's pretty unlikely ABC would want to bury this game at noon when people are still emerging from their tryptophan-induced comas (that's reserved for inferior Big East games).  With the Iron Bowl also moving back to the Saturday after Thanksgiving, this may be the top game of the day on Friday.  And, as Bama Hawkeye noted, it gets the game out of the shadow of Ohio State-Michigan on Saturday (as well as Penn State-Wisconsin, for that matter).  Bring on Farmageddon.  Let the Meth Wars begin.