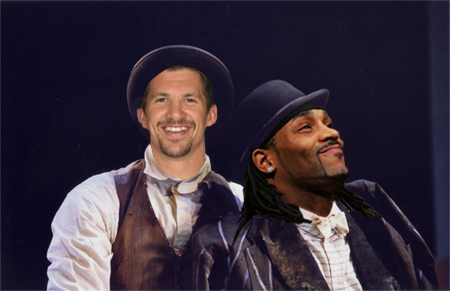 "Waiting for Goodell" will premier on IFC this fall, if IFC has any sense and pays me to produce this concept.

You may have heard that former Iowa footballer Dallas Clark will be doing a guest spot on the CBS program Criminal Minds. After Lycurgus offered the idea of Clark starring in Justified: Ottumwa in the comments the other day, it got me thinking: what other TV projects could Mr. Clark take on during the (potential) NFL work stoppage? Here's what I've got so far:

The Clark Bar - Dallas plays young attorney Austin Taylor*, struggling to balance work, love and his hobby of playing semi-pro football on the wrong side of the tracks. The first season covers his efforts to pass the bar, woo toothsome second-year attorney Rachel Chambers, and take the Gutter Rats to the championship.

Waiting for Goodell - Dallas Clark and Bob Sanders shoot a Roger and Me-style documentary wherein they try to obtain a personal interview with NFL commissioner Roger Goodell to get him to explain the NFL's refusal to meet union demands. In between their attempts to corner Goodell, they contemplate the meaninglessness of existence without the NFL.

Dallas (IA) - follows ex-footballer Denton Collier as he returns to Dallas County, IA to work in his father's soybean empire. Along the way he battles his younger brothers Irving and Bedford for control of the company and attempts to woo the toothsome Vice-president for Soy Derivatives, Rachel Edwards. 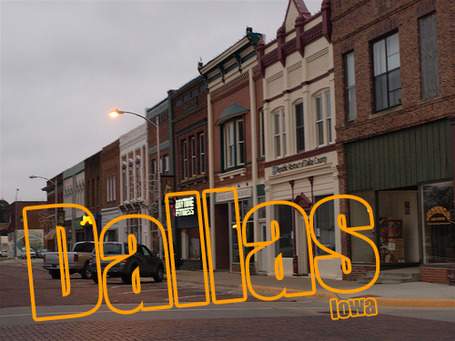 Tight Ends - follows the story of a small town college football player forced to work as a bartender in a gay bar to pay the rent. Clark plays Houston Wainwright, a fish out of water trying to make State U's football team as a walk-on while adjusting to the culture shock of his new surroundings and wooing toothsome waitress Rachel Cahill.

USDAOIG: Bode - Clark plays Amarillo Fishmonger, top agent for the US Department of Agriculture's Office of the Inspector General's Bode, IA branch. Agent Fishmonger and his squad of "us-dogs" -- the hot female one, the cocky male one, and the quirky female tech geek-- shine a light into the darkest crevices of Bode's seedy agricultural underbelly, all the while Fishmonger tries to move on from the memory of his dead wife and deal with his feelings for local schoolteacher Rachel Cumberland. [for CBS]

* You'll just have to take my word that I hadn't read the ESPN piece when I wrote this, but Clark's Criminal Minds character will be named -- I shit you not -- Austin Kent.

I think all of these ideas are solid gold (copyright 2011 me), so just pick one, Dallas. This labor stoppage could go on indefinitely, you know...