Share All sharing options for: MARCHIFORNICATION ROUND 2: AIRBHG VS. CAPTAIN AMERICA HERKY 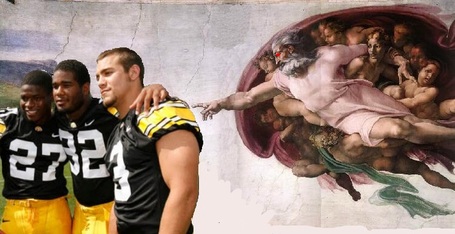 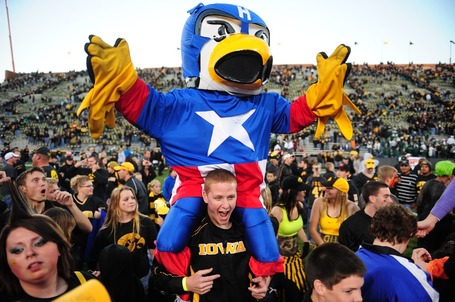 WHAT DAY IS IT?

OH RIGHT IT'S TAKE OUT SOME IOWA RUNNING BACKS DAY 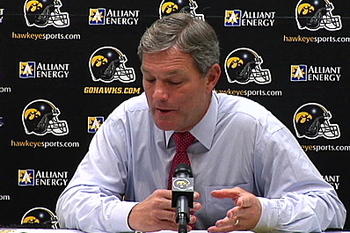 In Iowa City, Kirk Ferentz takes questions before the open of spring practice.
A bearded man stands in the back next to Captain America Herky.

Yes, Jon, I suppose I agree that I'm really awesome.  Next question.

I have a follow-up question, Coach Awesome.

Are you the coolest coach in the world?

I...I don't know, Jon. I don't even use Twitter or anything. Does anyone have a serious que...

I have a follow-up question, Coach Fonzie.

Do you know anything about non-compete agreements?

Coach, I have a question... 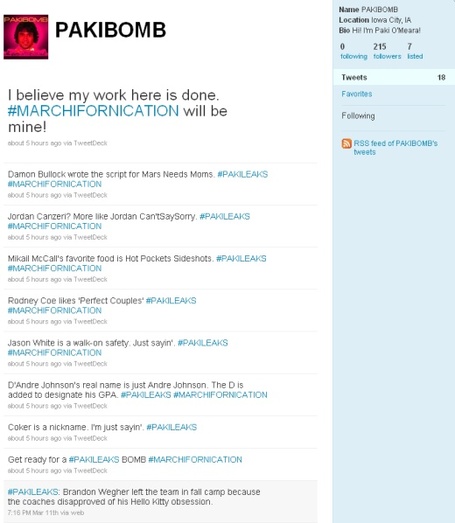 Coach Ferentz, would you care to answer a few rumors about some players on your team?

Well, I suppose it depends where you got the rumors, Marc. If they came from those damnable social networks...

He's been dismissed from the team.

Really? What about the rumor that De'Andre Johnson isn't getting good grades.

Sent to a Soviet gulag

What about the rumor that Jason White is a walk-on safety?

You would think we would know that, but no. Violation of team rules. Turkish prison.

Wait, what did we do?

TIME TO MESS UP SOME RUNNING BA...HEY WAIT A MINUTE

Coach, by my count, you're

BUT WHAT OF MY POWERS

WHO WILL I DESTROY