Here's the updated field of eight. Hey, have you noticed that "Elite Eight" is a stupid nickname? Like, I get why they named it that, because people like alliteration (Final Four, Sweet Sixteen, etc.), but the Es in "Elite" and "Eight" aren't pronounced the same, so it doesn't sound right out loud. Plus it just seems forced. Why not the "Great Eight"? Is it because it sounds too much like "Grape Ape"? 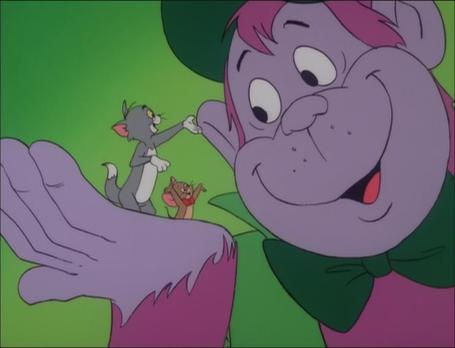 I digress. Anyway, the bracket. 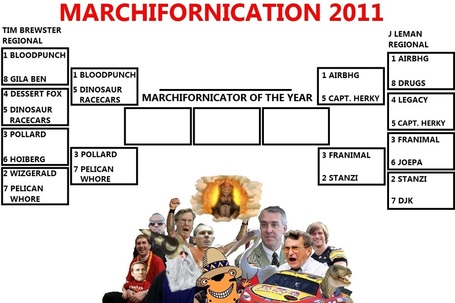 What matchup intrigues you the most here? Personally, I'm looking forward to the one where we don't make up some stupid reason why one of the contestants was eliminated without any voting. Which is probably going to be like none of them. Hey, what's Marchifornication if it isn't fraught with controversy, shenanigans, and foolery of all toms?