At most schools, an open coordinator position wouldn't be cause for serious contemplation. Coordinators come and go, in most circumstances. Iowa football isn't most schools, though; the program hasn't hired a new coordinator in thirteen years, and a full-on head coaching search looks to be years away. Defensive Coordinator LET'S TALK ABOUT IT.

Linebackers. There are a lot of things that have to work right for the old Norm Parker defensive gameplan to work, but none of those are more important than linebackers. They have primary responsibility to contain the running game and the same coverage responsibilities of a defensive back against the pass. It's why the 2010 LINEBACKERPOCALYPSE was so damaging to Iowa's season; the few linebackers left standing were too unathletic or inexperienced to handle their expansive duties. It's also why, for the vast majority of his tenure at Iowa, Norm Parker handled the coaching of middle linebackers in exactly the same manner as Ken O'Keefe has coached quarterbacks. The signalcaller and linchpin of your scheme deserves the coordinator's time. 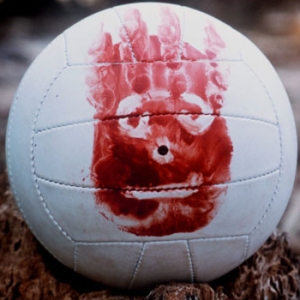 In 2008, with his health problems slowly taking effect and his role on the staff diminishing, Parker turned over those position duties to Darrell Wilson. Logistically, it obviously made the most sense -- Wilson was already coaching the outside linebackers -- but it was also an implicit sign of Parker's and Ferentz's faith in Wilson, a faith that was further proven by Ferentz's decision to install Wilson as co-interim defensive coordinator in 2009. With that job now open on a permanent basis, the question is: Why not Darrell Wilson?

Wilson was a defensive back at UConn, joining the team while Kirk Ferentz was playing linebacker and coaching as a graduate assistant, and earning I-AA All-America honors after Ferentz had left. He bounced around the pro ranks for a few years, winning a Gray Cup in Toronto and having a cup of coffee with the Patriots. He then spent eight seasons as a highly successful high school coach in New Jersey before joining the staff at Rhode Island in 1996, coaching defensive backs for head coach Floyd Keith. After three years with Rhode Island and a one-year spell coaching running backs at Rutgers, Wilson moved to Madison to coach outside linebackers and special teams for Barry Alvarez. When Bret Bielema left Iowa for Kansas State following the 2002 season, Wilson came to Iowa City to take the same job. He's been here ever since, coaching linebackers and special teams.

Wilson has clearly shown loyalty to the program: He's the fourth longest-tenured assistant (only Phil Parker, KOK, Lester Erb, and Reese Morgan have been here longer), he's been here long enough to understand and adopt the Norm Parker defensive philosophy, he's earned the trust and respect of both Parker and Ferentz, and he's capably handled every task given him.

He's also a beast of a recruiter. Recently, Wilson has been acting as Iowa's intermediary and primary recruiter in the D.C. area, hauling in Marcus Coker, Darian Cooper, Nico Law, and a handful of other recruits in the last two years (and keeping Iowa in the running for top-rated offensive lineman Cyrus Kouandjio until the very end). Last year, Wilson was named one of the ten best recruiters in the nation by Rivals. Prior to his foray into the District, Wilson was Iowa's primary recruiter in New Jersey, hauling in the likes of Shonn Greene, Albert Young, Jeremiha Hunter, Mike Daniels, and Nolan MacMillan.

The problem is that all of Wilson's positives -- stability, loyalty, recruiting acumen, experience, raw coaching talent -- are the same positives that come with Phil Parker. How do you give the job to an nine-year assistant based on his loyalty to the program when a twelve-year assistant would be left out? How do you promote an assistant to maintain the previous coordinator's system when the other guy has, quite literally, been playing and coaching in that system since he was eighteen years old? How do you promote the clear talent of the staff when it's Parker (and now Kaczynski) who are being rumored for other jobs over him? And, as much as he's about philosophical stability, Ferentz has clearly shown he will scratch where it itches in recruiting; where Wilson was the star of 2011, Lester Erb has delivered from Illinois in 2012, to say nothing of the fact that Phil Parker is as solid a recruiter as Iowa has.

It brings us back to the position of importance: Linebackers. It's unlikely (though not necessarily out of the question) that Phil Parker, a lifetime defensive backs coach, would assume responsibility for coaching inside linebackers upon his ascendancy to the throne. It's also a given that the middle linebacker will be the defense's in-huddle leader (even true freshman James Morris, pushed into duty at MLB during LINEBACKERPOCALYPSE, called plays), and that Ferentz wants a seamless connection between his coordinator and his signalcaller. If that's the goal, Darrell Wilson is probably your guy. Whether that's enough to move him ahead of the candidate who matches or bests him on all other relevant criteria is doubtful at best.