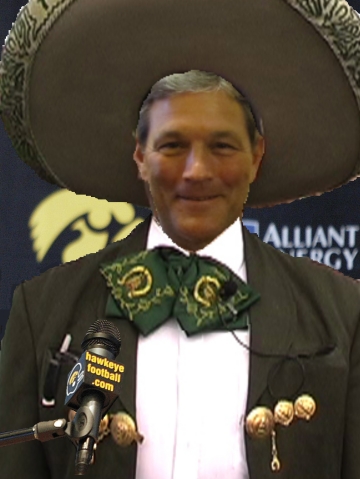 In a press conference following Iowa's 37-21 loss to Michigan State on Saturday, Kirk Ferentz blamed his team's poor performance largely on his staff's mistaken belief that it was "Señor Day" at Kinnick Stadium.  "We failed to execute in all three areas of the game today -- offense, defense, and recognition of the heritage of Hispanic Americans -- and that's why we lost," said the longtime Iowa coach, before adding, "Donde esta la biblioteca?"

Ferentz was surprisingly upbeat at the press conference, given that his team had just suffered its worst loss in four years.  "Hola, amigos!" Ferentz said.  "Me llamo Kirk Ferentz.  Como estas?"  A reporter asked Ferentz why he was dressed as a mariachi and speaking Spanish; it was only after answering this question that the coach learned of his mistake.  "Oh, SENIOR Day.  OK, that makes a lot more sense," said Ferentz.  When a reporter asked how the coach didn't realize his mistake when 18 seniors were individually announced in pregame introductions, Ferentz admitted he had missed the festivities while getting into his costume before adding, "I just thought they were all our Hispanic players.  I mean, Zusevics has to be Spanish for something, right?"  Ferentz acknowledged that many of the announced players clearly have no Spanish heritage, but didn't want to judge because "that's the modern world we live in.  Have I mentioned I can't even work my email?" 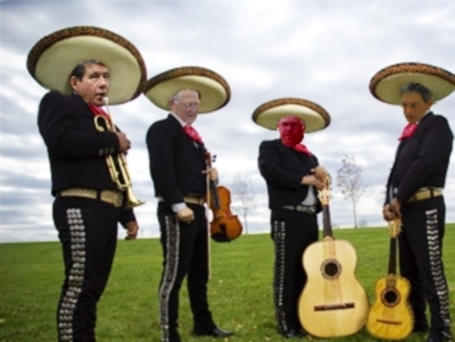 When asked about his team's lackluster opening half, Ferentz stated, "Yeah, we were flat.  Probably could have used that Senior Day thing as motivation had I known about it.  The team didn't really seem to respond to my pep talk about Santa Ana."  He added, "Are you guys sure we don't have another home game?  Man, I need to pay more attention to that schedule."  Even though he had learned that Señor Day didn't actually occur, Ferentz supported future Señor Days (or, as he called them, "Señor Dias").  "I think it could be a good idea.  We really got into it.  I was even making my game notes in Spanish.  See?"  Ferentz then showed reporters his trademark pocket notebook: 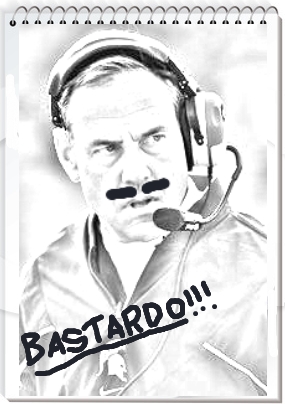 The discussion finally turned back to the details of the game, but only briefly.  When a reporter asked how it was possible that the Hawkeyes fell victim to yet another trick play on special teams, the fourth this season and sixth in the past two years to be run successfully against Iowa, Ferentz looked confusingly at the reporter, said "Yo no hablo ingles", and scurried from the room.

(Terrorist fist jab to the guy who hosted me at his Señor Day tailgate yesterday on Melrose.  That salsa was off the hizzy.)